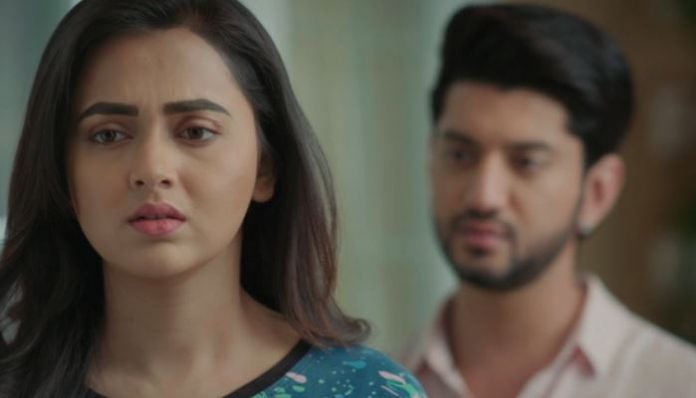 He talks to Mishti all the time while speaking of love. She thinks he is talking about her. He tells her that he wants his lover to confess love first. She takes it as a sign from him. Later, Ruhaan gets angry on inspector for not finding about the kidnappers and the person plotting Mishti’s kidnapping. He wants to know the culprit. He asks Mishti to forget that trauma and not let that incident ruin their happiness. He feels fortunate that they are still together despite facing many odds. He wants her promise that she will move on. She tells him that they couldn’t tell the family about their relationship. He tells her that they will tell the family at the right time. He surprises her by showing a flat’s picture.

He tells her that he is finding a flat for them, so that they can settle there after marriage. She doesn’t want him to leave her house. He asks her not to be upset, since they have to shift to their house some day when she confesses love to him. He asks her to come with him and see the flat. She teases him with love. Radhika is worried for Mishti. She tells Mishti that Ruhaan has risked his life to save Mishti, and she is much grateful to Ruhaan. Mishti tells Radhika that police will find the culprit, there is nothing to worry about. Radhika doesn’t want them to go out of the house.

Mishti asks her not to weaken them by the tensions, they will become more brave and face the odds. Mishti believes that they can’t stop living their lives by some fear. She asks Radhika to stay tension free. Radhika pampers Mishti. She reveals about Pari’s new interest. Mishti thinks Pari is taking much interest in her work and getting applauded. She feels proud of Pari. Radhika tells Mishti that the matter is something else, since Pari has fallen in love. She asks Mishti if Pari has something special in her life. Mishti can’t believe this. She wants to ask Pari. Radhika doesn’t name Ruhaan since she isn’t sure about it. She wants to wait until Pari tells Mishti about Ruhaan.