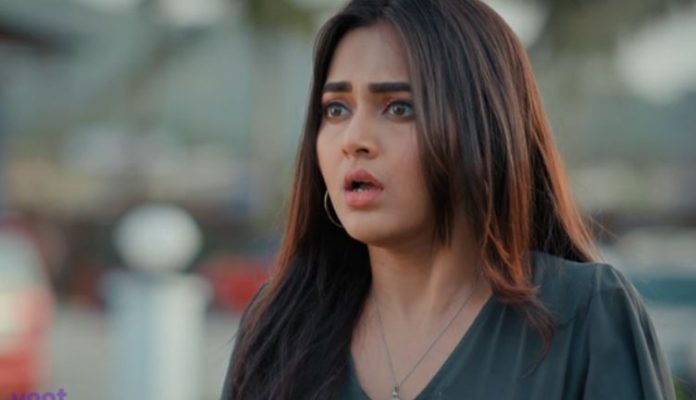 Colors Shows Upcoming Shakti: Soumya comes to Vedant’s room as his caretaker. She wakes him up and says good morning. Vedant is surprised to see her and says I made you leave yesterday, but you came again. Soumya tells him that she is his caretaker from today. Vedant says what Kinnars have to do with self-respect and says they don’t get affected with any amount of insult meted to them. He tells that he will insult Soumya so much that she will leave from there crying.

Soumya hears Vedant and challenges him that she will do her duty with honesty and will not leave the house even if provokes her to take any wrong step. Harman prepares for Soumya’s birthday and thinks she must have thought that I have forgotten her birthday. He plans to kidnap her and bring her home to celebrate her birthday. He thinks Soumya will get emotional, cool down her anger and cry happily.

Jhansi Ki Rani: Manu gets an idea to save the animals before destroying the train. Manjiri hears Ross telling about trafficking humans to other nation as a slave. She informs Moropant. Moropant gets worried for Shiva as he went to blast the engine. Manjiri comes to Manu somehow and asks her to save the humans from Britisher’s conspiracy. She tells her about Ross’ actual plan. Manu is shocked. Ross asks Gangadhar to wave the green signal to the railway. Gangadhar waves the green cloth. Manu gets shocked. Ross smiles as the train starts.

Silsila:
Veer stays angered and cancels his important meetings. He wants to work his way and bosses around. He speaks to Arnav rudely. Arnav doesn’t accept Veer’s misbehavior. Veer apologizes to him. Arnav asks him to attend the meeting at the hotel. Veer loses out control on his mind. He wants to plan revenge on Mishti. He makes a plan to humiliate Mishti. He wants to face the same insult which she has served him with a break up. He wants to find out the special person in Mishti’s life. Keep reading for more on Colors Shows Upcoming.