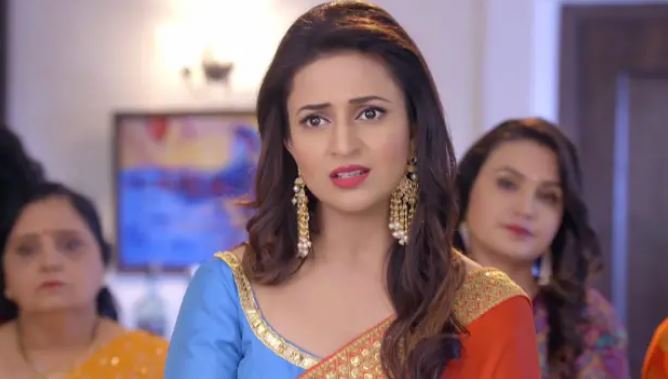 Trending Mohabbatein Kulfi Flash Peak Drama Mani and Simmi find about the bullet shell and realize that Neha is a bank robber. They decide to get Neha caught. They want to know Yug’s connection with Neha. Ishita informs Raman about the note. She tells Raman that they have no option left, they have to take a risk and meet the old woman. They realize that the old woman is Manish’s mother, who wants Manish to return to the right path. Ishita seeks her help and asks her to prove her innocence. Manish’s mum supports Ishita and asks Manish to speak the truth. Manish stays loyal to Sahil and doesn’t cheat him. He refuses to admit the truth.

Rajaa Beta: Purva gains consciousness and asks Pankhudi about the report. Pankhudi asks her to relax and says she is having the reports. She tells her that Vedant had given her injection to make her sleep. Purva asks her if Vedant came? Pankhudi nods yes. Purva asks if he comes to know that I am pregnant. Pankhudi says yes. Purva is shocked and cries. She goes to the bathroom and cries sitting there. She wonders what happened with her, she did a mistake and trusted a wrong person. She asks God why is he punishing Vedant for her mistake and says she shall be punished for her mistake and not Vedant. She couldn’t face Vedant and cries. Vedant realizes Purva was unaware of her pregnancy. Pankhudi tries to provoke Vedant against Purva and malign her reputation in front of family members.

Main Bhi Ardhangini: Vaidehi sees Chitra after following Pandit ji’s instructions. Chitra asks her if she didn’t understand even after she tried to make her understand. She says you have no right on Madhav, I am his wife. She says you want to come in between us and want to separate us. She gives her last chance asking her to leave from home and go very far else you don’t know what will happen with you.

Kulfi Kumar Baajewala:
Pakhi identifies Kulfi in her disguise and makes Bhola away from him again. She asks Bhola to make Kulfi away, who has cheated them with a disguise. Kulfi pleads to Bhola to listen to her. She shows the bracelet she has made for him on his birthday. Bhola refuses to identify her. Kulfi pushes Bhola to recall her and their strong bonding. Chandan’s goon try to figure out Kulfi’s absence at the Karate class. Pakhi ousts Kulfi from her house and secures Bhola. Kulfi doesn’t want to risk Sikandar’s life either. She gets an idea to remind Sikandar their relation.

Ek Thi Rani Ek Tha Ravan: Raghav is falling in love with Rani and realizes his feelings. They make arrangements for the masquerade party. Rukmani convinces Rivaaj to come to the party. Rivaaj asks her not to leave him else Anjali will come and scare him. In the party, Rani and Raghav win in the paper dance competition. They are complemented by the guests as the best Jodi. Raghav informs Rani that Anjali took her luggage and went out of Ashram. He says nobody knows where she went. Rani tells him that they will go with the plan without Anjali. Rivaaj acts crazy.