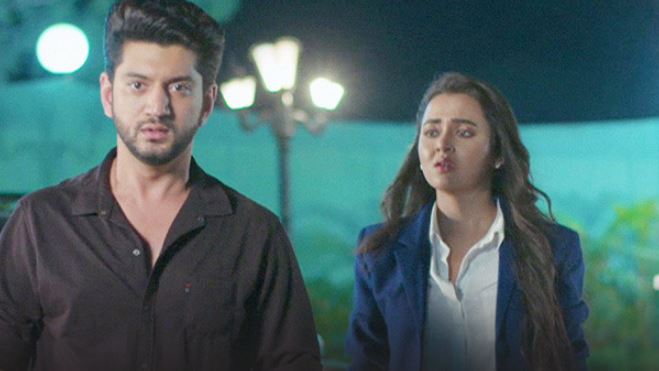 Colors Silsila Action Drama Veer crosses his limits by misbehaving with Mishti and insulting her. Mishti feels Veer has cleared her misunderstanding and she is happy that she broke up with Veer. She feels Veer isn’t a right person for her ever. Pari stops Veer for insulting Mishti more. She tears the cheque and asks Veer to keep his richness for himself. She pities his state and insults him, just the way he has insulted Mishti. Arnav stops Veer from insulting Pari. He also insults Veer and leaves the job. He doesn’t want Veer to do more wrong. He stands for Mishti and Pari. He warns Veer in a heroic way and impresses Pari. Arnav sacrifices his job for his friendship.

Mishti stays disturbed and recalls Veer’s insulting remarks. She wants to stay alone. Ruhaan calls Pari to know about them. He overhears Mishti and Pari argument and learns about Veer’s insulting move. Pari feels helpless. She can’t leave Mishti alone. Mishti vents out her frustration and goes away. Arnav is sure that Mishti is strong and she will manage herself. Ruhaan gets worried for Mishti. Ruhaan meets Mishti and wants to know what did Veer say. She doesn’t want to tell him anything. On his insistence, she reveals the entire chapter. Ruhaan gets angered on Veer’s never seen before behavior. He tells Mishti that he will kill Veer.

Mishti stops him from going to Veer. She tells him that she is also angry on Veer, but maybe this was meant to happen to get rid of the past, she has seen Veer’s true face today and is happy that she has no guilt now. She wants to bury her past and move on. She doesn’t feel necessary to tell Veer about their relationship.

She is happy that Veer has cleared her doubts by his ill-behavior. She decides to tell the family about their relation. She tells Ruhaan that Veer’s reaction and feelings don’t matter to her now. Ruhaan stays upset with Mishti because of her decision. He wanted to confront Veer and reveal the truth to him. Mishti tries to talk to him. He avoids her until his anger calms down. Pari tells Arnav that Mishti has broken up with Veer without insulting him. Arnav is surprised that Veer doesn’t know the meaning of love, he doesn’t love Mishti and insulted love this way. He is happy that Mishti got saved from a wrong relation.

Pari and Arnav talk of true love. Arnav smiles seeing Pari, while she talks of Ruhaan. She wishes Mishti to get true love. Arnav assures her that Mishti’s life will get love soon, she will forget Veer soon. Pari thanks him for his help. Ruhaan can’t forget how Veer has broken Mishti’s heart. Veer calls up Ruhaan. Ruhaan vents anger on him for insulting Mishti. Veer tells Ruhaan that Mishti insulted him and ruined his party. He asks Ruhaan not to live with Mishti and Pari. He wants to pick up Ruhaan and shift him to some other house. Ruhaan warns Veer in anger. He tells Veer that he has chosen his side. Veer insults Mishti further and asks Ruhaan not to fall prey to clever Mishti’s plans. Ruhaan wants to give him an answer. Ruhaan wants to fight Veer.