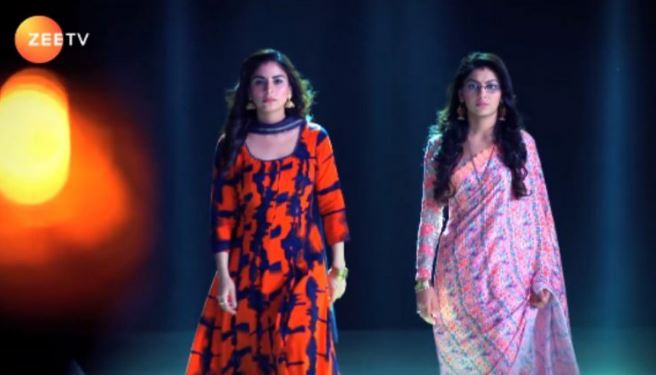 Pragya Preeta lives witness huge twists. Kundali Bhagya: Sherlyn doesn’t spare Preeta. When Preeta’s life gets saved, Sherlyn accuses her with a bad blame. She misleads Karan and tells him that she has bribed Preeta and bought her loyalty, that’s why she has easily married Rishabh. Karan and Rishabh worry for Preeta’s injury at first. Karan doubts on Preeta’s intentions. He accuses her for joining Sherlyn and ruining Rishabh’s life. Rishabh believes Preeta and thinks she can never hurt him. Karan tells her how much he believed her and she has broken his belief. Karan shows his wrath on Preeta. Prithvi tells Sherlyn that Preeta may expose them. He feels everything is finished for him. He thinks Preeta will tell truth to Karan and win his trust.

Meanwhile, Prithvi wants to run away before Karan punishes him. Sherlyn is calmed down, since she knows that Karan won’t come in Preeta’s words. Karan blames Preeta for breaking his dreams and ruining everything. Preeta clarifies how she was stuck in the big task of saving Sarla and Kareena. Karan doesn’t want to talk to her. Preeta shatters with Karan’s anger. She feels sorry and wants to know why is Karan not listening to her. Karan doesn’t learn Sherlyn’s traps for Preeta. He insults Preeta and breaks her heart. Karan asks Preeta how could she sell her loyalty for money. She has risked his life for Karan and Luthra family. She doesn’t accept the humiliation. She takes a stand for her self-esteem. Consequently, Preeta gets helpless to slap Karan and put a stop on his nonsense.

Rhea wants to apologize to Pragya and Prachi. She apologizes to Pragya. Abhi too feels sorry for not believing Rhea. He asks her not to do such mistakes again. He doesn’t want his daughter to turn evil minded. He hugs her and asks her not to do anything that ashames him. He asks her to make her terms better with Prachi. Rhea and Prachi bond in a never before manner. Rhea apologizes to Prachi with Pragya’s help. Pragya asks Prachi to forgive Rhea and show a big heart. She brings them together.

Elsewhere, Abhi falls sick. Rhea worries that Abhi has no one to attend him. Rhea calls up Pragya to take help. Pragya arrives to take care of Abhi. Pragya is mistaken about Vikram. She has no idea that Abhi is Mr. Mehra, Rhea’s dad. Pragya asks Rhea to assist her in looking after Abhi. Rhea asks her to save Abhi’s life, his ill state is really giving her tension. Pragya will be knowing Abhi and Rhea’s connection soon. Keep reading to know more about the latest happenings in Zee’s hit shows and Pragya Preeta lives.