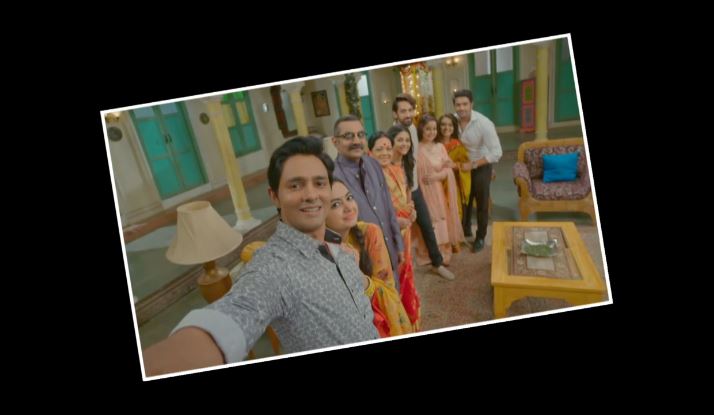 Star Plus Krishna Closure Krishna gets upset that Shukla family has lost Radhe once again, since they were believing Mohan to be Radhe. Triloki and Bela have supported Krishna and are happy to do something good for the family. Sunaina and Shuklain apologize to each other. Veer and Krishna bond with Shukla family. Everything gets fine for them. Sunaina and Shuklain brings both the families together. Gajanan and Lali praise Krishna and want their daughter to become a doctor like Krishna. Krishna is much worried for Shukla family. Veer gets a call from London. He gets the medical license back.

Krishna tells him that Shukla family misses Radhe a lot. He wants to become Shukla family’s son and give them happiness. Veer impresses Krishna. They get happy. Shukla and Shuklain praise Veer and Krishna, and their kindness. Shukla asks Krishna to forgive him. He thanks Veer for saving his life. Veer gets free from the case of Radhe’s accident. Shukla plans to get Krishna and Veer married. Shukla wants the marriage to be well. The family spends some good time together. Show makes a closure with Krishna and Veer’s happy union.

Mishti confronts Abir for hiding about the IT raid. Abir tells her that it was his responsibility to solve it, since the issue was because of his family, so he didn’t tell her. He wants to save her from the sorrows. Mishti finds him a true friend. She doesn’t know if she deserves his friendship. He asks her if Kunal told her anything. He wants to talk to Kunal.

Kunal tells Kuhu that the bracelet is meant for her. She reminds him that he fired her from the job. She returns the bracelet to him. She asks him to always be her friend even if their families get apart. Kunal makes Kuhu wear the bracelet and asks her to keep it.

Abir asks Mishti to always remain the same. Mishti doesn’t want Abir and Kunal to fight. Kuhu tells Kunal that she wants to help him. Abir and Mishti see them and realize that Kunal has gifted the bracelet to Kuhu. Mishti tells Abir that Kuhu is in love with Kunal. Abir gets happy with their pairing. Mishti tells him that family will never accept Kunal and Kuhu’s pairing. Abir asks her to imagine their wonderful pairing. They imagine Kunal and Kuhu’s romance. Abir dreams of Mishti and his romance. Mishti agrees with Abir and wants Kunal and Kuhu to get married. The village goon kidnaps Kuhu and Kunal.

Mishti tells Abir that Kuhu is in problem, even Kunal is kidnapped. Abir assures that he will save them. The goon keeps Kunal and Kuhu captive and calls Abir to threaten. Mishti answers him and worries. Abir takes help from the cops. He contacts inspector Prithvi. Mishti worries that Kuhu isn’t safe. She worries to answer Varsha on the call. Abir also gets kidnapped by the goons. Varsha asks Mishti about Kuhu. Mishti lies to Varsha. Mishti rescues Abir from the goon. Abir gets happy to see Mishti’s unrealized love for him.