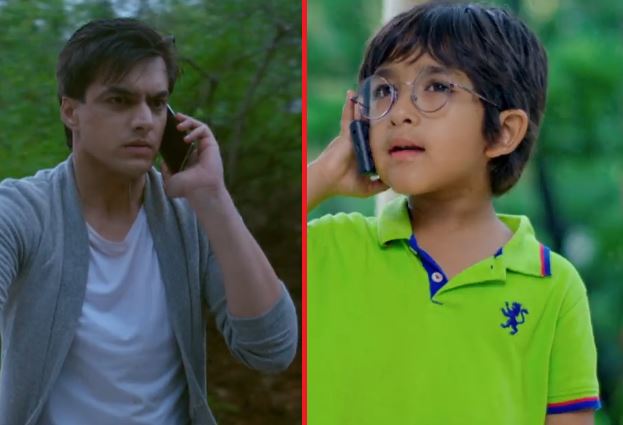 Ye Rishta Shocking twist Dadi wants Kartik to marry the girl whom he got home by accepting the responsibility. She asks him why does he hurt Vedika’s heart by his indifference and rudeness. She doesn’t want Kartik to play with someone’s feelings. He tells her that he doesn’t do this intentionally. Dadi asks him why did he stop Vedika from giving the Dakshina to pandit. She says the truth remains that none can take Naira’s place. He tells her that he wanted to do everything on his own. She tells him that he is lucky that Vedika was trying to share his sorrow. She asks him to be good towards Vedika. She asks him to promise her that he will take care of Vedika.

She reminds him hat he has promised Vedika’s dad that he will take care of Vedika. She tells him that Vedika’s dad lost his life to save him from an accident. Kartik recalls his promise to Vedika’s dad. Dadi asks him to think of Vedika’s sorrow, who lost her dad on the day of Naira’s birthday, since she has kept her sorrow aside to be with Kartik in the puja meant for Naira. Suwarna apologizes to Vedika on Kartik’s behalf. Vedika feels her fate is bad and no one can be blamed for it. Dadi asks Kartik to marry Vedika and move on. She wants to see Kartik happy. Kartik doesn’t listen to her.

Vedika tells Suwarna that she would have gone from Kartik’s life if he told her. She tells that she loves Kartik a lot. Suwarna knows her feelings. She asks Vedika not to keep expectations from Kartik. Dadi wants Kartik to move on in life. She asks him to see Vedika’s love for him. Vedika wants to wait for the day when Kartik accepts her. She knows he loves Naira a lot. She loves him seeing his heart which is full of love and care. She is sure that he will keep the promise. Naira gets the surprise birthday party arranged by Kairav. She sees the fruit cake made by Kairav and cries happily. She hugs Kairav.

Naira cuts the cake and celebrates her birthday. Kartik cuts the cake and wishes her. She misses Kartik and wishes that those unfortunate things didn’t happen in their lives. Kartik misses her and wants to tell her how much she means to him. Kairav and Lisa make Naira play a game. She feels her wish won’t get fulfilled as she failed in the game. Kairav sees the glowing candle and makes a wish to get his dad. He asks Naira if she celebrated her birthday with Kartik. She tells him about celebrating birthday with Naitik, Akshara and family. She avoids the talks of Kartik. She puts him to sleep. She goes away and cries. She imagines Kartik.

They have a heated argument. She vents anger on Kartik in her thoughts. She wants to be strong. Manish finds Kartik sleeping in a park. He asks Kartik to come home for a talk. Kartik refuses to talk about Vedika. Manish asks him to not punish himself and move on. Kartik feels he is the reason for Naira’s death. Naira diverts Kairav when he talks about his dad.

She asks him to go out and play football with friends. Kartik recalls Naira and reaches the accident site, where he lost Naira. He blames himself. He shouts Naira on recalling the incident. Kairav unknowingly calls Kartik and calls him Papa. This brings much curiosity in Kartik. He rushes home to find out about the number from which he got the shocking call. Kartik will find about Kairav in the coming track. How will Naira keep Kairav away from Kartik? Keep reading for more on Ye Rishta Shocking Twist.