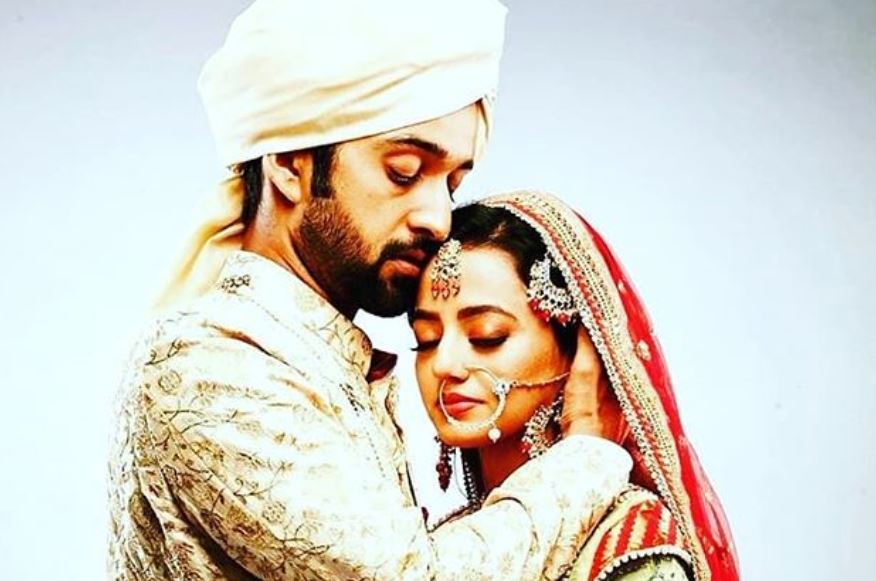 Watch Sufiyana Pyaar Mera Promo 21st June 2019 Zainab reminds Saltanat about her oath that she will get Kainat and Zaroon married. She asks Saltanat to save Kainat’s life. She is scared seeing Kainat’s suicide attempt. She asks Saltanat to tie the threat while making a prayer for Kainat. She emotionally blackmails Saltanat and convinces her again. She hugs Saltanat. They shed tears. Zaroon reaches there to meet Saltanat. He learns that Zainab is stopping Saltanat from accepting his love. He gets too upset and feels Saltanat is sacrificing his love and not caring for his feelings. Saltanat makes a prayer for Kainat. Zaroon makes a wish to get Saltanat’s love.

He asks Saltanat to admit her decision, if she loves him or not. She asks him to marry Kainat. She denies to love him. Zaroon wants to obey her command. He tells Saltanat that he will fulfill her wish and marry Kainat. This shatters Saltanat. Zaroon goes to Miyajaan to accept Kainat’s proposal. Mamoon tells them that Zaroon will be coming to accept the alliance. Zaroon gives his word and surprises his father. He tells the family that he will marry Kainat. Kainat takes Saltanat’s disguise to cheat Rubina and Nadim. She tells them that she is going away for some days until Kainat and Zaroon get married.

She misleads them and kidnaps Saltanat. She plots Saltanat’s death with the help of her aunt Sabina. Kainat wants to get rid of Saltanat and gets mad for Zaroon. Miyajaan announces Kainat and Zaroon’s marriage. Kainat gets excited to marry her love, Zaroon. Saltanat will be getting free and knowing Kainat’s truth. Saltanat will accept her love for Zaroon. The coming track will bring Saltanat’s emotional love confession for Zaroon. The lovers will unite when Saltanat gets free of all her bounds. Kainat will play a villain once again for their love story. Zaroon and Saltanat will together fight Kainat’s evil. Keep reading.