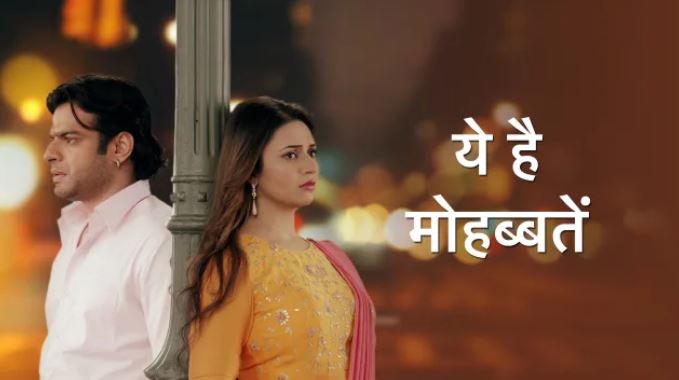 Yeh Hai Mohabbatein Mega Clash Sahil kidnaps Shaina and keeps her captive to trap Raman and Ishita by using her. He tells Shaina that Raman and Ishita would sense her absence in the house and learn about the kidnapping soon. He wants to use Shaina as a bait to take his revenge on Bhallas. He tells her that once Raman and Ishita get to look for her and come in his trap, he will kill them. Raman and Ishita learn that Sahil has really kidnapped Shaina and get worried. They want the commissioner to track Sahil. He asks them to find for any clues left by Shaina. He tells Ishita that Shaina’s life would be in danger. Ishita pleads to him to save Shaina. She checks Shaina’s bags and gets a note from her. She learns about Shaina’s son.

Shaina informs them about her son’s whereabouts and leaves a picture. She asks Ishita to keep her son protected from Sahil. Ishita rushes to save Shaina’s son. She doesn’t want Sahil to know about him. She seeks help from Shagun. She doesn’t want Sahil to capture the boy. Shaina requests Ishita to get her son in Bhalla house. Shagun and Ishita reach the NGO and try to get the boy with them. The lady refuses to send the boy with them. Commissioner helps Raman and Ishita and takes the permission to get the boy. Raman and Ishita get the boy from the NGO.

Munna overhears the policemen and learns about a boy. He calls Sahil to inform him about Bhallas rushing to save a boy. Shaina worries knowing Sahil has learnt about the boy. She doesn’t want him to know that the boy is his son. Sahil asks Munna to find out about the boy. Sahil thinks Raman and Ishita are planting the boy to trap him. Raman and Ishita want to save Shaina first. Ruhi tells them that she will look after the boy. Ishita makes a plan and sends this news to Sahil. She wants Sahil to know about his son, so that police nabs him. She tells Raman that they have to be careful and not risk the boy’s life.

Sahil reaches Bhalla house to get his son. He can’t believe that Shaina gave birth to his child. He wants his son with him. He gets Shaina with him. Police and Bhallas surround Sahil and catch him while he attempts to meet his son. Sahil has a backup plan ready and tells them that they can’t nab him so easily. He shocks them by showing the explosives fixed to Shaina. He threatens to kill all of them if they try to act smart. He reminds him how he has killed Rohan. He tells them that he will not spare anything and demands them to present his son in front of him.