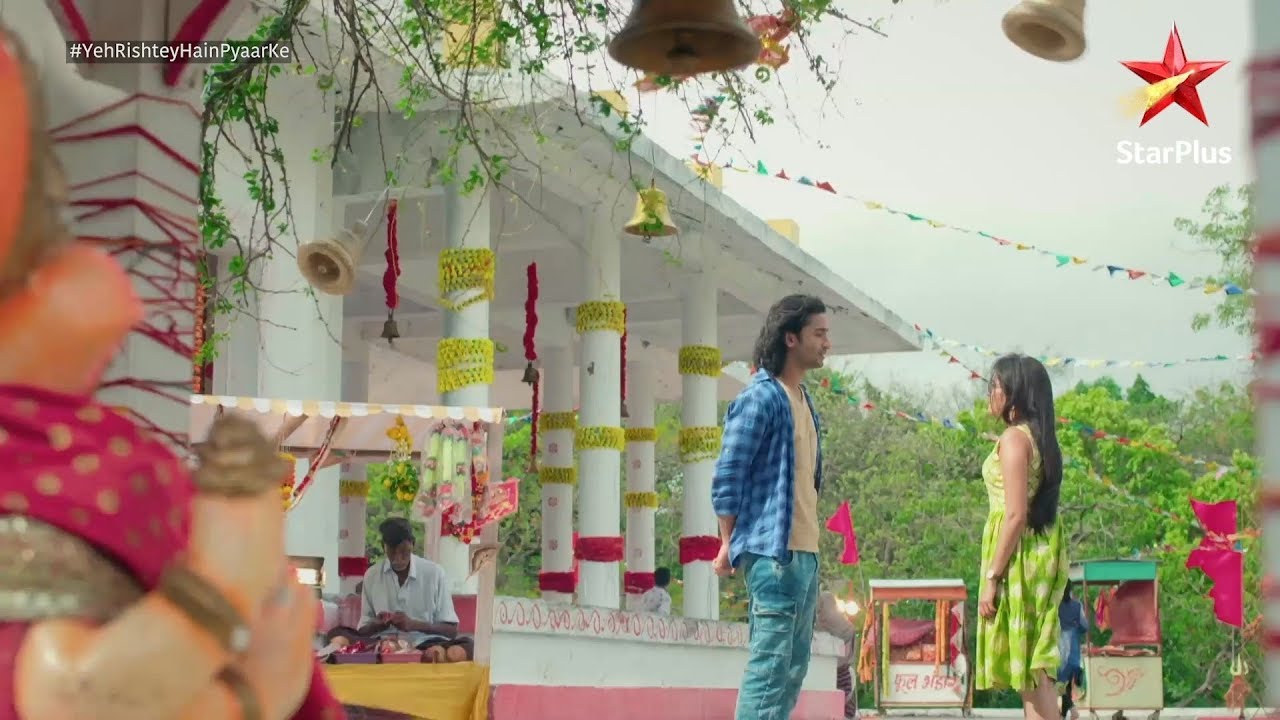 Star Plus Prime Serials Today Highlights 27th June 2019 Kahaan Hum Kahaan Tum Rohit learns that Sonakshi has agreed to do the event. Rohit feels she has agreed just for the sake of money, not for any humble cause. He feels the actresses just work for money, they have no heart and feelings for others. Sonakshi gets the details of the event. She wants to finish the event fast and leave. She doesn’t want to face Dr. Rohit. Ajit tells Yash that Sonakshi doesn’t want to share the event stage with Rohit.

Rohit tells them that the event and hospital belong to him, he has to come for the event. He reminds them that he is the hospital owner and can’t leave on any actress’ demand. Yash tells Ajit that Rohit is right and he has to be there. He is happy that problem is solved, since Sonakshi and Rohit haven’t seen each other yet. Rohit comes for the event and gets much appraised by one and all.

They both have their usual arguments. He tells her that this is his hospital and he is the owner. He doesn’t say that he is the same doctor who criticized her. She gets upset. She keeps her smile for the media. She tells Rohit that she can’t expect more from him. She tells him that a doctor from his hospital misjudged him and spoke ill of her, he is mannerless and rude. She asks Rohit to teach manners to his doctors. Rohit imagines to suffocate her in anger. He sees everyone giving honor to Sonakshi.

She shows the power of the small screen. She gives a speech to the guests. She gets much applauded for her knowledge. She talks sensible and praises Rohit a lot. She speaks in favor of the hospital and medical fraternity. Rohit gets surprised hearing her speech. Sonakshi fights with Rohit hearing he is the one who insulted her behind her back.

Star Plus Prime Serials Yeh Rishte Hai Pyaar Ke: Shweta finds Mishti and Abir together. She tries to get their photo to show to Kunal. She drops her phone by mistake. She fails to click their photo. She wants to tell Kunal about Mishti and Abir’s affair, so that Kunal doesn’t believe Abir again. Abir and Mishti leave for home. Shweta wants to win Kunal’s trust. Kunal drops Kuhu home. She asks him if he is okay. He recalls Shweta’s love confession and Abir’s advice to him. Kunal apologizes to Kuhu for leaving her alone in the pub. She asks him not to feel guilty for a small thing. Kunal likes her.

Mishti stops Shaurya and Varsha from seeing Kunal and Kuhu. Mishti lies to cover up. Mishti and Kuhu lie that they had gone for jogging. Kunal goes home. Meenakshi waits for Shweta’s call. Parul worries for Kunal. She thinks to ask Meenakshi. Abir and Kunal come home. Parul asks Kunal if he is okay. Kunal gives her a rude answer. Abir tells Parul that Kunal is fine. He asks her to inform him if she knows something. Mishti recalls Abir and misses him. Abir asks Kunal not to meet Shweta again, else he will inform Meenakshi about this. He asks Kunal to promise him that he won’t meet Shweta.

Kunal reminds Abir about his promise to not meet Mishti again. He doesn’t want Mishti and Abir to bond. Shweta calls Kuhu and befriends her. She invites Kuhu in her birthday party and asks her to get Kunal along. Shweta fools Kuhu. She tells Kuhu that she is Kunal’s good friend and wants to surprise him. Shweta works out her evil plan. Shaurya and Varsha want to settle Kuhu soon. They find alliances for Kuhu and Mishti. Varsha asks Shaurya to give some time to Mishti. She thinks to fix Kuhu’s alliance first. Kuhu gets ready to meet Shweta. Kuhu tells Varsha that she is going in a friend’s party.

Parul questions Meenakshi about Shweta and shocks her. She asks Meenakshi not to get Shweta back in Kunal’s life. Meenakshi tells Parul that she has called Shweta back for a purpose. She tells her that Kunal is her son and she knows what’s best for him. She asks Parul to keep faith on her and not question her again. Abir makes Mishti jealous and tells her that he is with his girlfriend. Mishti angrily disconnects the call. Abir gets happy to observe her jealousy.

He learns that Shweta has left the hotel. He thinks Shweta has gone away. Mishti gets Shweta’s call. Shweta invites her in the party since she has spoken to Kuhu already. Kuhu doesn’t tell Mishti about her new friend Shweta. Mishti locks up Kuhu in the room. Nanu asks Abir to confess love to Kunal. Kunal tells them that he is going out with Kuhu. Kuhu runs out of the window. Mishti learns this and informs Abir. Mishti tells him that Kuhu may fall in Shweta’s plan. Abir wants to stop Kunal as well. Abir and Mishti try to fail Shweta’s plan.