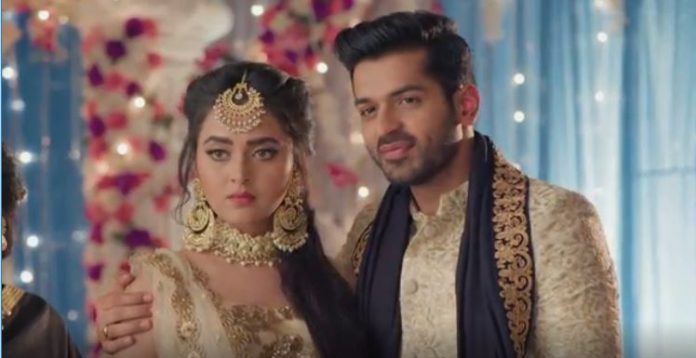 Silsila Twist in Mishti and Veer’s relation 28th June 2019 Veer follows his dad to know what’s the problem bothering him so much. He hears his dad getting threatened by someone. He reaches the godown and hides to watch his dad meeting some goons. His dad pays the bulk amount to the goons, who ask him to never delay the payments. The goons remind that they have kidnapped Mishti on his orders. Veer realizes that his parents got Mishti kidnapped since they got hurt seeing his depression. He feels bad that his parents did this crime. He didn’t imagine that his parents can take this step. Police reaches there and catches the goons, Veer and his dad. Veer and his dad see each other.

Veer asks his dad why did he do this. Veer’s dad asks inspector not to arrest Veer, who is innocent. Veer and his dad get arrested. On the other hand, Mishti misses Ruhaan and wants to live with him. She sees the flowers given by Ruhaan and tells him how much she loves him. She feels Pari is her priority and she can’t lose her. She doesn’t want Pari to face a heartbreak. Mishti gets a call from the police station and learns that the kidnappers are caught. She goes to see the culprit. Veer is disappointed when his mum admits the truth. He tells his mum that she can’t put any girl’s respect in stake. He feels bad that he had insulted Mishti as well.

He doesn’t want to forgive his mum. Mishti reaches there and tells her that Veer and his parents are involved in her kidnapping. Mishti can’t believe this. Veer apologizes to Mishti for insulting her and putting her in danger. He feels ashamed that his family has done so wrong with her. He doesn’t want any troubles for her. He asks Mishti to give her statement and get him punished for the kidnapping. Veer’s mum also apologizes and is ready to bear punishment. Mishti recalls her moments with Veer. She doesn’t want him to face punishment.

She asks Veer to come with her for a talk. Ruhaan comes home and looks for Mishti. Radhika tells him that Mishti has gone to the police station since the kidnappers are caught. Ruhaan calls Mishti to know the truth. She doesn’t answer. He rushes to the police station to meet her. Mishti decides to withdraw the case. Inspector asks her not to come under any pressure. Mishti tells him that she has well thought about it. Veer and his parents get grateful to Mishti for showing a big heart and forgiving them for their wrong deeds. Mishti meets Ruhaan and falls in a dilemma. She doesn’t know how to reject his love and make him accept Pari.