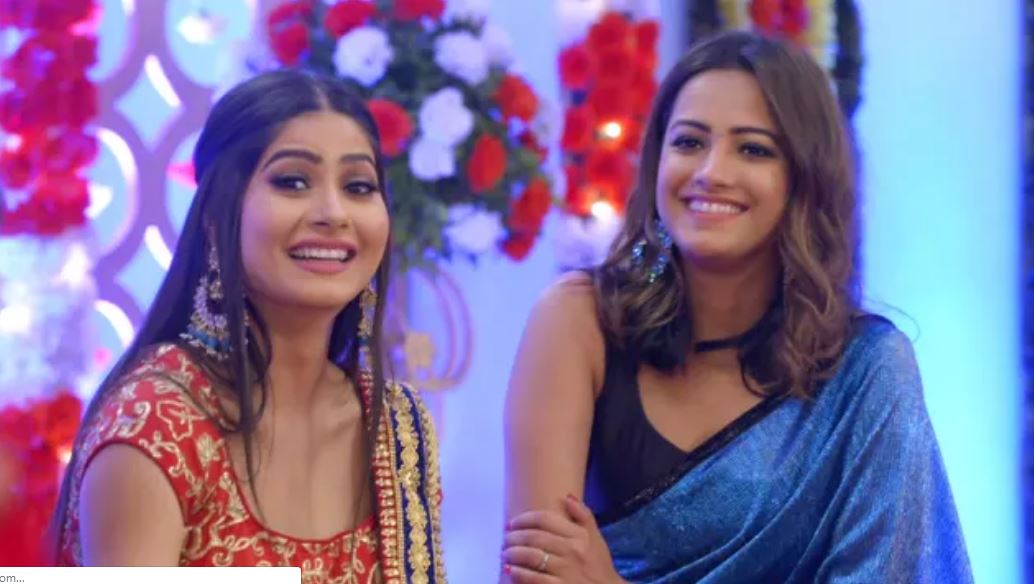 Yeh Hain Mohabbatein Shagun to weirdly suspect Ishita 5th July 2019 Arijit meets Ishita and her team to offer help. He tells her that he is a businessman and knows the benefits of the project. He wants to invest in Raman’s dream project. He tells Ishita that she doesn’t need to convince her investors, since he is here to help. Ishita and Mani get happy, while Karan gets doubtful about him. Arijit gives his word to help Bhalla company. Karan checks his background. Ishita tells Arijit that she is thankful to him. He asks his assistant to make his fake background so strong that Ishita gets convinced. His assistant does the work and tells him that Ishita will get tricked. Arijit doesn’t want Bhallas to know about his family until his revenge is fulfillled. He tells his assistant that none should know his truth.

Ishita thinks Arijit has come as an angel for them. Karan doesn’t know if Arijit is a nice person. Karan tells them that its not wise to trust any stranger like this, even though Arijit’s background is fine, they should be careful. Mani likes Arijit’s thinking to work with them. Karan tells them that Arijit’s intentions maybe different. Yug tells Karan that not everyone is like his mom. Karan gets angered when Yug criticizes Sudha.

Yug tells them that Sudha isn’t ready to help them, that’s why they have to depend on outsiders. Karan argues with Yug and defends Sudha. Ruhi calms down Karan. She asks Yug not to taunt Sudha. Karan tells them that they may understand their mistake later. He gets upset with them and goes.

He tells Ruhi that Yug has no right to judge Sudha, who has made this big business on her own. He feels Yug doesn’t have any business background and has no idea how it runs. Ruhi promises to talk to Yug. Karan tells her that he got negative vibes with Arijit’s coming. He tells Ruhi that Yug may not understand this as of now. Ruhi tells him that they should find about Arijit’s family. Karan likes her idea. Shagun asks Ishita to come home with her. Ishita and Mani refuse to go home and want to stay back in the office for work. Shagun feels weird to see them together. Ishita works late and then heads for a meeting with Mani.

Mani tells Shagun that they were busy and the phone was on silent, so he has missed her calls. Ishita works for the project all night. Ruhi and Yug also work for her. Ishita feels Raman is in trouble and is calling her for help. She gets worried. She waits for Raman’s return. She tells the employees that they have to work hard for Raman’s dream project. Arijit joins Bhallas business. He wants to enter Bhalla family and win their heart, so that he can break their unity and shatter them.