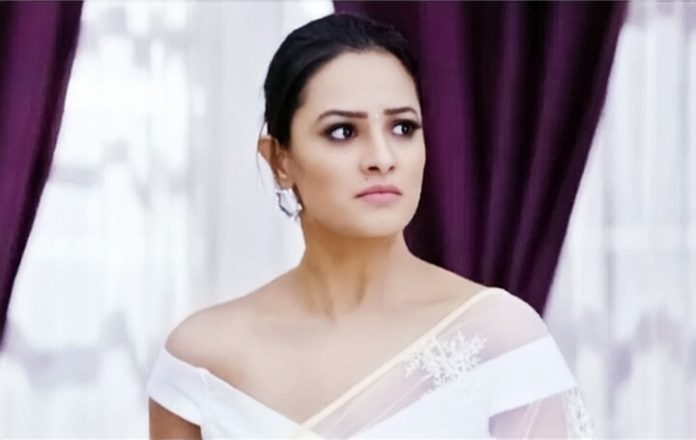 Yeh Hai Mohabbatein 8th July Shagun’s jealousy twist Ishita is fighting with her fate and struggling in the denial phase post Raman’s death. She isn’t able to accept that Raman is dead. She hears his strong call and turns restless. She leaves out of the house and looks for Raman. She walks on the road and gets meeting an accident. Mani saves her life and finds her in weird state. He asks her what is she doing outside at this time. She tells him that she heard Raman calling her. He consoles her and understands her disturbed state of mind. He takes her home. By the time they reach, Shagun wakes up and find them missing at home. She wonders what’s happening between them.

Mani gets Ishita and tells Shagun that he found Ishita on the roads and got her home. He asks the family to be with Ishita all the time. He tells them that someone has to be with her so that she doesn’t put herself in risk. He tells Ruhi that he will be with Ishita as a protective friend. Shagun doesn’t like his gesture. Bhallas head to the office to have another meeting with the investors. They get surprised when Arijit convinces the investors to fund the project. Ishita gets grateful to Arijit. He feels victorious.

He wants to ruin Bhalla family. He thinks she will be shattered when he ruins the company finances and also her family’s unity. He has big plans to take revenge on Bhallas. He wants to enter Bhalla family and win their faith. Mani asks him to meet the entire staff. Ishita sees Raman’s picture and misses him. She tells Raman that she has started working on his dream project. She sends an audio message to him. Ruhi gets emotional seeing Ishita’s state. Ruhi sheds tears. Mani too feels bad for Ishita. Mani introduces Arijit to the staff. Karan consoles Ruhi and asks her to be strong so that they can help Ishita.

Yug tells Ruhi that he had lost his parents in his childhood, but he got a family because of Raman. He tells her that he is also feeling like an orphan after losing Raman. They share their sorrow. He praises Bhallas for being a loving and caring family. Ruhi supports him. Karan finds Arijit’s gloves and wonders why does he wear it in such hot weather. He thinks to find out. He finds Arijit a fishy personality. Shagun tells Mani that they should take Ishita to the counsellor. Mani refuses to put Ishita in pressure. He tells her that Ishita is diverting her mind by the business project and she will be fine soon.

Shagun asks Mani to take her home, she doesn’t want to stay at Bhallas for long. Mani agrees to make a leave. Aaliya assures Yug that everything will get fine. Ruhi tells Yug that he has done a mistake to taunt Karan by judging Sudha in a wrong way. She asks Yug not to tell anything to Karan. Yug tells her that Sudha should help them, since they are going to become relatives now. He finds Sudha selfish. Karan intervenes and warns Yug to stop misjudging Sudha. Aaliya and Ruhi stop them from arguing. Ruhi asks Karan not to react much.

Karan gets angered because of Yug. He defends his mum. Mani is possessive about Ishita and wants to help her. Shagun gets insecure and argues with Mani over Ishita’s matter. Arijit enjoys their fight and thinks to take advantage of Shagun’s jealousy.