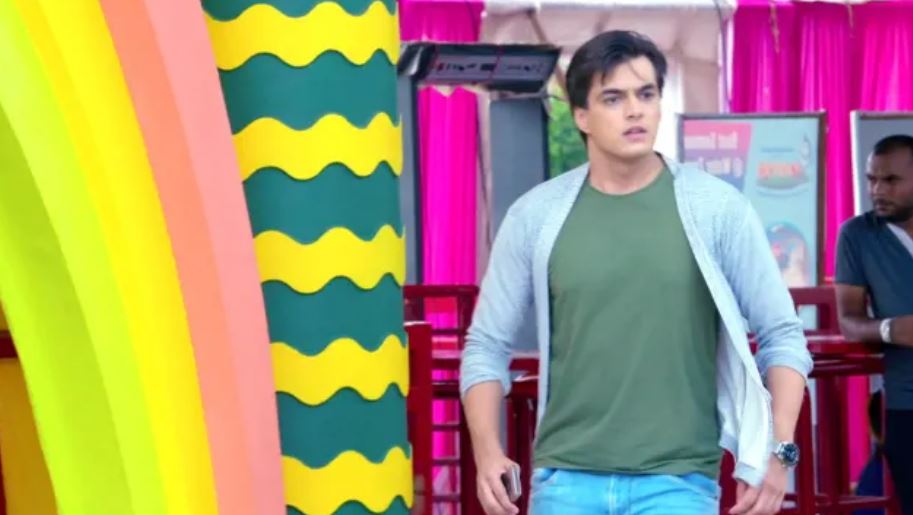 Yeh Rishta 8th July 2019 Kartik to learn ‘Naira is alive’ Naira finds Kairav missing and looks for him. She looks for him. She sees Kairav praying to get his dad back. He is unhappy that his dad left. He wishes that he meets his dad again. Naira doesn’t want Kairav to think wrong about his dad. She calls Kartik to make them talk. She can’t get through. She wonders if Kartik really left. She thinks she lost the chance to unite father and son. She sheds tears and sees her son in sorrow. Kartik gets busy in the insurance claim. He is happy to stay back in Goa on the pretext of insurance work. Naira hugs Kairav and sends him to the school. She tries hard to cheer him up. She tells him that he has to be happy like the other children.

She knows Kairav’s life is not normal like other children, he doesn’t have a happy family. She regrets that Kartik met Kairav and then they got separated. Naira returns home and is sinking in sorrow. She tells her friend that she went to the hotel to make Kairav meet his dad, but the man already left. Her friend tells her about the loss in the exhibition. Naira feels she is in big loss since Kartik has left. She doesn’t know how to fix the wrong. Dadi and Vedika return home and meet the family. Vansh shows the painting to Vedika. He brings smile on everyone’s faces. Kartik calls Vedika and tells her that he will be staying back in Goa for some more time.

He hugs Kairav and tells him that he has come to meet him. Kairav tells him that Naira took him to the hotel in the morning for a meet. He tells Kartik that Naira is at the school right now. Kartik looks for Naira. He waits for his mum to come. Naira hides from them. Kairav apologizes to Kartik for being upset with him. Kartik cheers him up. Naira turns emotional seeing them. Kartik calls Naira and have a conversation of silence. Kartik asks her how can she be careless and leave the kid unattended. She asks him to take Kairav home. Naira can’t tell anything to Kairav. Kartik takes him home.

Kartik complains about Naira to her friend and is upset over her bad behavior. Naira’s friends defends her and feels there is some reason that Naira is avoiding him. Naira follows him to home. He feels sorry to doubt on a single mother’s effort. He doesn’t want Kairav to run away from home. He wants to be true to Kairav and explain that he is not his real dad. He doesn’t know how he got emotionally attached to Kairav. Naira wants to tell their blood relation. She is helpless to hide the truth. Kartik tells that he doesn’t want to come back in Kairav’s life again. He hugs Kairav and explains him that he has to go now. Naira sheds tears in her loneliness. Kartik will soon learn that Naira is alive shockingly.