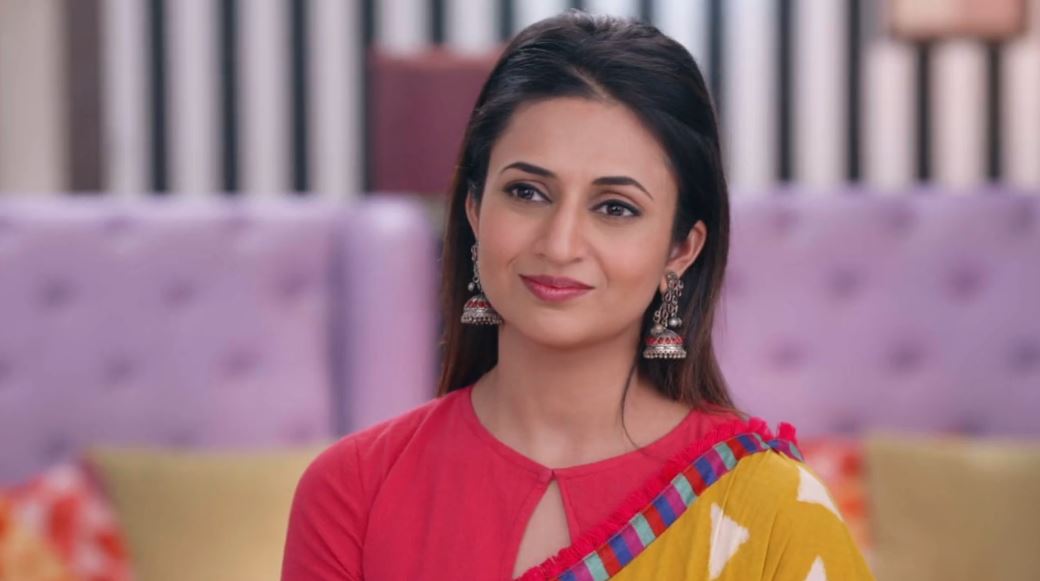 YHM Surprise for Bhallas Raman is alive 10th July 2019 Shagun gets insecure about Mani. Bhallas praise Mani for his helpful gesture towards Ishita. They ask Shagun to be proud of her husband. Shagun tells Mihika that Mani isn’t giving her much time these days. She misses the good times with him. Mihika advises her to take Mani on a romantic date. Shagun thinks to plan something. Karan and Yug have a heated argument again. Ruhi and Aaliya try hard to stop their fight news from reaching Ishita. They ask Karan and Yug not to trouble Ishita more by presenting their indifference to the family. Ishita and Mani discuss the project with Arijit. Ishita tells them that Yug will be handling the project, as Raman wanted to gift this project as a wedding gift to Yug. She gives the project responsibilities to Yug.

Karan gets upset. Arijit observes Karan’s upset face and thinks to take advantage of Karan and Yug’s differences. He praises Yug and supports him. Karan tells them that he has no problem with this. Ishita praises Karan for being so supportive of them. She is sure that the project will be a big hit. Arijit meets Shagun again. Shagun tells him that she has come to pick Mani, she has planned a date with him. Arijit thinks to foil her plans. Arijit plans a dinner with Ishita and Mani. He thinks to crop differences between Ishita and Shagun by using Mani. He asks Ishita to discuss the project on the dinner meet.

Shagun asks Mani if he won’t accompany her. Shagun wants Mani to come with her. She gets too upset. Ishita asks Mani to go with Shagun. Mani asks Shagun why is she behaving like an insecure wife. He explains her that he wants to be with Ishita to take care of her. Shagun’s dinner plans get ruined. Shagun scolds Arijit for planning the dinner date on the same day. Arijit tells her that he just invited Ishita, but Mani came uninvited for Ishita’s sake. He apologizes to Shagun if she feels he made a mistake. Arijit plays his cards to create misunderstanding in Shagun’s mind. Ishita asks Mani to go home. He wants to support her in the work.

Arijit asks Ishita and Mani to finish the work by taking time, there is no need to rush. Shagun feels Ishita is purposely making work excuses. Mani leaves with Shagun and makes an apology. He promises to spend the day with Shagun to make up for his absence. Shagun gets happy. Arijit traps Mani by lining up an urgent meet. Mani gets busy in work once again. Shagun doubts on Mani’s behavior. Bhallas mourn for Raman and want to conduct his last rites. They wish Ishita accepts Raman’s death and lets them cry for Raman. They stay strong and miss Raman.

Meanwhile, Ruhi wants Karan to come with her to the office. Karan feels he has no value there since Yug is leading the project. Ruhi tells him that Raman had kept this project to secure Yug’s future, Ishita isn’t at fault. Karan jerks off in anger. Yug saves Ruhi from falling down and yells at Karan for misbehaving with her. Ruhi and Karan explain that it wasn’t intentional. Yug asks Karan not to ill treat Ruhi. Arijit wants Shagun to suspect Mani and Ishita. He wants Ishita to lose all her precious relations and break her house. He thinks this will be the best revenge on Ishita. Ishita gets happy on getting Raman’s message, which shocks the family.