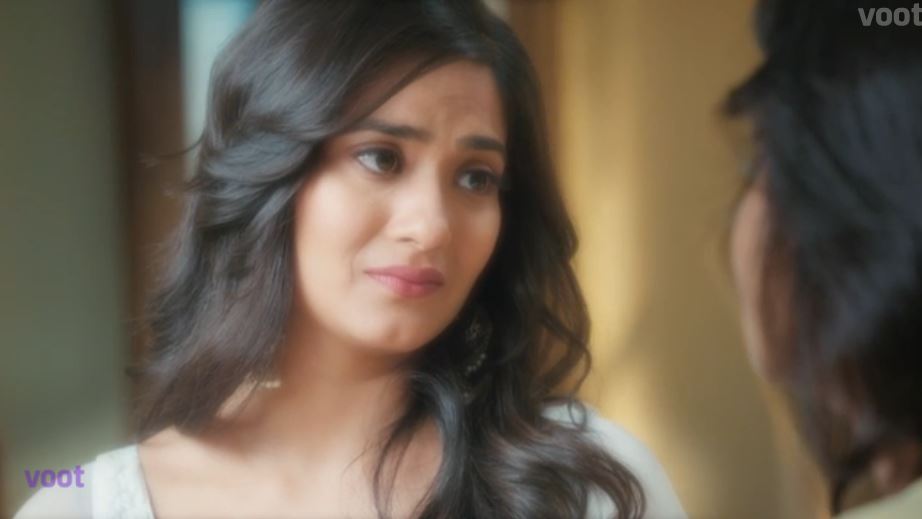 Silsila Mauli’s take on Mishti-Pari’s tangled love Ruhaan is much troubled by Mishti’s indifference. He questions her about her love, and asks if her love was so fake that it doesn’t stand a chance. Mishti doesn’t want him to follow her. She fears that Radhika and Pari will know the truth. Ruhaan confronts Mishti for lying to him that she doesn’t love him. Mishti wants Ruhaan to forget her and move on. Radhika wakes up and looks for Mishti. She happens to see Ruhaan and Mishti’s confrontation. She realizes that Mishti loves Ruhaan and sacrificed her love for Pari’s sake. Ruhaan tells Mishti that he loves her and he won’t accept if she denies their love. He knows that Mishti is denying for some reason and wants to know the truth.

Radhika fears that Mishti and Pari love the same guy and their lives will get complicated too. She thinks of the time when she told Mishti about Pari’s love for Ruhaan. She understands Mishti keeping her love a secret. She misses her children and thinks she can’t handle this complication all alone. Radhika witnesses Mauli’s angelic help. Mauli visits Radhika, coming down from the heaven to guide Radhika on dealing with her daughters’ love issues. Radhika feels the history is repeating itself, since Pari and Mishti love Ruhaan. She doesn’t know whom to support this time. She doesn’t want to do injustice with any one of them.

Mauli asks her to be strong and take a decision that’s better for both Mishti and Pari. She asks her to support the true love. Radhika wants to support Mishti’s love, since Ruhaan loves Mishti. Pari doesn’t know why is Ruhaan so upset. He refuses to share anything with her. Pari tells Ruhaan that she will always be his good friend and understand his decisions. She assumes that he loves her. Ruhaan gets mad thinking why Mishti changed her decision. Mishti insults him and tells him that she isn’t interested in keeping their relationship now. Ruhaan asks Mishti to stop lying to him. Mishti doesn’t want to convince him. She tells him that she is going to marry Veer.

Ruhaan doesn’t want her to unite with Veer. He tells her that he will give up his life if she dumps him. Mishti also threatens him. She asks him to end his life if he wants. Radhika limits Ruhaan from going to Mishti and Pari’s room. She gets rude to him for a purpose. She thinks to make Ruhaan out of he house. She doesn’t want ruhaan to ruin her house. Radhika tells Mishti that she wants Ruhaan out of their lives. She tells Mishti that she knows the truth that Mishti and Pari are in love with Ruhaan. She wishes to simplify their lives. Mishti lies to Radhika that she doesn’t love Ruhaan. She declares that she is going to marry Veer.