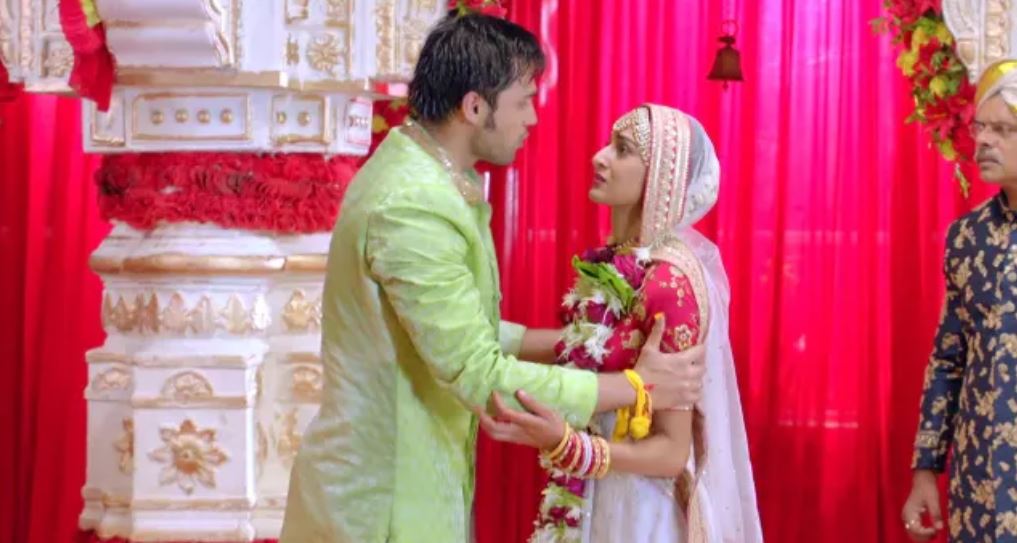 Kasautii Zindagii Anurag Prerna face a shocker 12th July 2019 Anurag wants to know why is Prerna doing this. He can’t believe the shocking news. He knows Prerna loves him. He breaks the signal and gets obstructed by the policeman. He begs the traffic inspector to let him go, its about his life. His car breaks down much to his sorrow. He runs on the road to reach the temple. He asks the people about the temple. He reaches there and stops Prerna from marrying Mr. Bajaj. He shouts his love for Prerna. He tells Prerna that he will marry her, he can’t live without her. He doesn’t want her to do any mistake that ruins their lives. Prerna tells Anurag that she was helpless and was doing everything for his sake. Mr. Bajaj and Anurag get into a fight.

Anurag marries Prerna in front of Mr. Bajaj when Prerna confesses that he loves her. Mr. Bajaj accepts Prerna’s decision and lets them marry. This happy dream is actually Anurag’s dream while he is away from the temple, fallen on the road. Anurag is hit by a car. He wishes to get married to Prerna, the girl he loves the most. He fails to stop the marriage, which already completes. Anurag loses Prerna. Mr. Bajaj and Prerna’s marriage completes.

Anurag’s accident happened outside the temple. When he shouts Prerna’s name, Prerna senses his arrival. Mr. Bajaj asks Prerna to come with him. Prerna becomes Mr. Bajaj’s wife. They get to see some guy fallen on the road.

Mr. Bajaj tells Prerna that they have no time to help anyone. He takes Prerna home for the post marriage rituals. Mr. Bajaj plans a grand homecoming for Prerna. She realizes that she is doing wrong, she can’t stay in this marriage. She runs out of his house. Mr. Bajaj sends his guards with her. Prerna and Anurag’s families learn about Prerna cheating Anurag and marrying Mr. Bajaj. Both the families get into a tiff. They don’t understand why Prerna has taken such a big step. It becomes shocking for both the families.