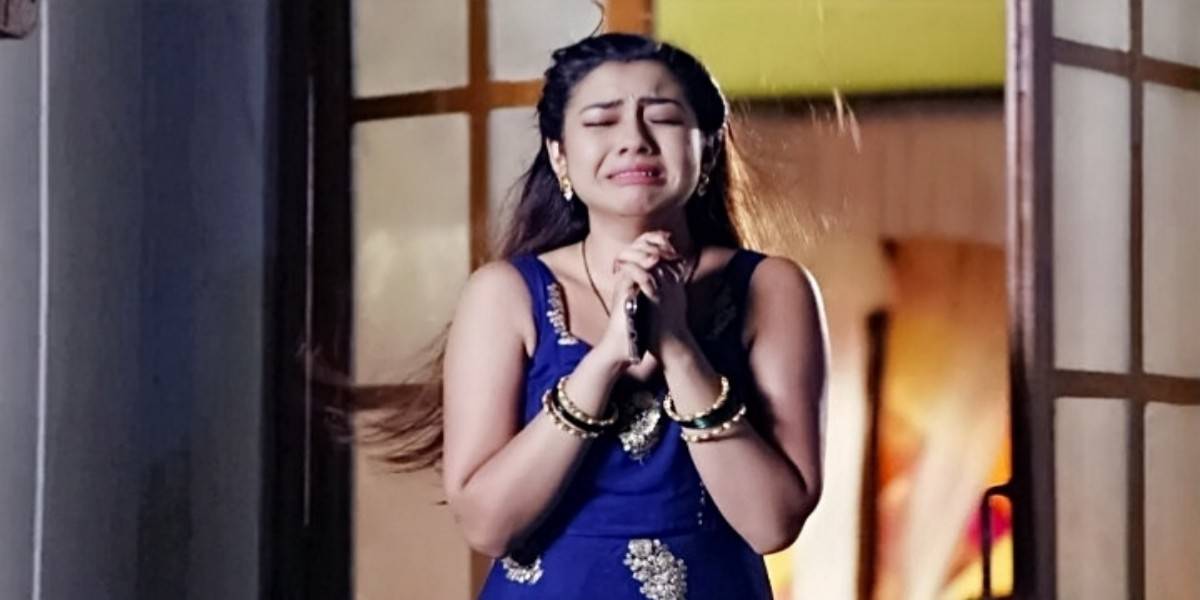 Tujhse Hai Raabta Shocking treatment for Kalyani 15th July 2019 Malhar loves Moksh a lot, but can’t agree to Atharv’s condition. He doesn’t want to let go criminals like Atharv and Sampada. He doesn’t think they will return Moksh to him if he lets them leave the country. Kalyani is scared for Moksh. She asks Anupriya to just talk to Malhar and convince him for accepting Atharv’s conditions. Malhar is scared of Kalyani’s motherly love for Moksh. He thinks Kalyani will help Atharv to get Moksh back. He is helpless to keep her in the lock up to limit Kalyani. Kalyani doesn’t want to compromise when its about Moksh. She gets ready to oppose Malhar. She provokes Malhar and seeks his permission to make a phone call as per her rights. She calls up the radio channel to make her message reach Moksh.

She sings a lullaby for Moksh and gives her emotional message. This makes Malhar, Anupriya and all the witnessing people cry. Kalyani’s emotions reach Moksh. Moksh gets to hear her voice and lullaby on the radio. Kalyani swears to nab the kidnappers. She makes an emotional plead to the kidnappers too. Malhar too gets emotional and asks the radio jockey to keep the song playing for long. Moksh doesn’t get calm when the lullaby stops. He calms down when the lullaby keeps playing. Malhar asks Kalyani to stay in the lock up. She begs him to think of Moksh as a father and keep his duties. Malhar tries hard to find Atharv. Anupriya falls helpless. She teaches a lesson to Sampada, who goes mad on hearing Kalyani’s lullaby.

Anupriya feels Kalyani is the best mum for Moksh. Sampada blames Kalyani for kidnapping Moksh and lies to Anupriya. Kalyani feigns a stomach ache to get freed. She promises the constable that she will return soon. Anupriya doesn’t want Kalyani to run away. She asks Kalyani not to run, since she has got the legal bail. Kalyani wants to track Sampada to reach Atharv. Sampada doesn’t want to take risk either. She plays the drama and begs Kalyani to return her son. She defames Kalyani and puts her in trouble.

She gets the goon woman to trap Kalyani so that Kalyani gets beaten up. The woman hurts Kalyani and Anupriya on Sampada’s orders. Sampada asks the woman to break Kalyani’s courage. Kalyani warns the woman against hurting her more. Kalyani and Anupriya try to get timely help. Sampada tries hard to influence other women. Kalyani nearly faces death. Anupriya struggles to save Kalyani. Malhar’s timely message saves Kalyani’s life. Malhar cleans Kalyani’s name from the child trafficking blame. Kalyani deals with Atharv and returns his passport to gt Moksh back from him. Malhar tries hard to save Moksh, but fails.