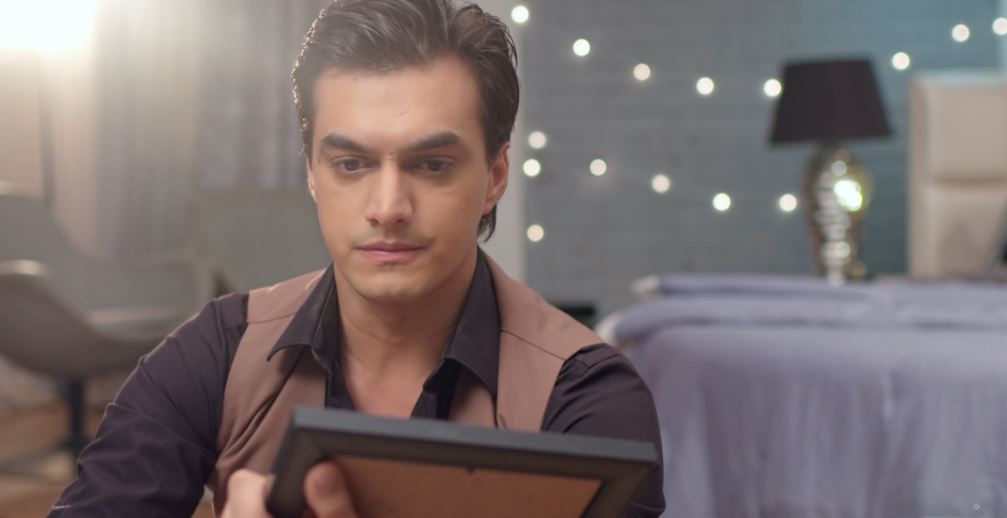 Yeh Rishta Kairav hints Kartik about Naira’s survival 17th July 2019 Kartik has given the nod to marry Vedika. He is much worried within and dreams of Naira. He tells her that he can never give Naira’s place to Vedika. He asks Naira why did she go away on that night when he asked her about her loyalty. He regrets his question and also Naira’s reaction. He feels she should have slapped him and scolded him, instead walking off in annoyance. He wishes that she was with him right now, and they would have not faced this day because of Dadi’s wish. He asks Naira if it was easy for her to leave her and go. He repents for his suspicion on her. Naira is overjoyed and books the tickets for Udaipur.

Naira’s friend is worried knowing about Kartik’s marriage happening with Vedika. She informs Naira that her boyfriend (Akhilesh Goenka) has told her about Kartik Goenka’s second marriage fixed with Vedika. Naira can’t believe this. She gets to know that Kartik is marrying Vedika, the girl she has seen with him once. Naira asks her friend if she is joking to know about her past. She has all her belief that Kartik can never marry anyone. Naira gets upset with her friend and sheds tears. She dreams of Kartik. She feels Kartik has moved on after their separation.

She doesn’t think he is doing any mistake by moving on, since she has also made a mistake by leaving him forever. She has been living away from Kartik. She wants to punish herself. She feels she has broken their relation at the time when Kartik doubted her character. Naira thinks to not return back to Kartik, not even for Kairav’s sake. She regrets for Kartik’s wrong thinking, which ruined their relation. Her friend asks her to take a decision by a well thought. Goenkas welcome Dadi home. They want Dadi to stay happy and relieved. Vansh welcomes Dadi by giving her flowers. Gayu sees Samarth’s rude behavior towards Vansh and feels bad.

She thinks just Kartik loves Vansh selflessly in the entire house. Dadi calls a Pandit once again to get the date for Kartik and Vedika’s marriage. Vedika asks Kartik to take some time and not pressurize himself. Akhilesh tries to tell Kartik about Naira. He reveals about meeting Kairav and asks him not to take any decision rashly. He loses courage to tell about seeing Naira. Kartik tells him that he has some urgent work to finish. Akhilesh hints him that someone they lost before may come back in their lives. Kartik doesn’t understand anything.

Akhilesh wishes that Naira is informed about Kartik’s remarriage and comes back to the family to stop the happenings. He waits for Naira’s move. Kairav is happy that he is going to Udaipur. He calls Kartik to share his happiness. Kartik doesn’t answer his calls, thinking he shouldn’t keep any relation with Kairav now. He decides to not give false hopes to Kairav. He feels bad for Kairav. Gayu asks Vedika to think again about the marriage decision, since Kartik has agreed just being helpless. She doesn’t want Vedika to stay in a loveless marriage.

Suwarna scolds Gayu for misleading Vedika. Gayu justifies her point of view, since Dadi and others haven’t accepted her and Vansh as part of the family. She tells Suwarna that she isn’t wrong in her thinking. Naira performs dance to vent out her anger. She decides to not go to Kartik and move on in her life. Kartik will get hints of Naira’s survival, again because of Kairav.