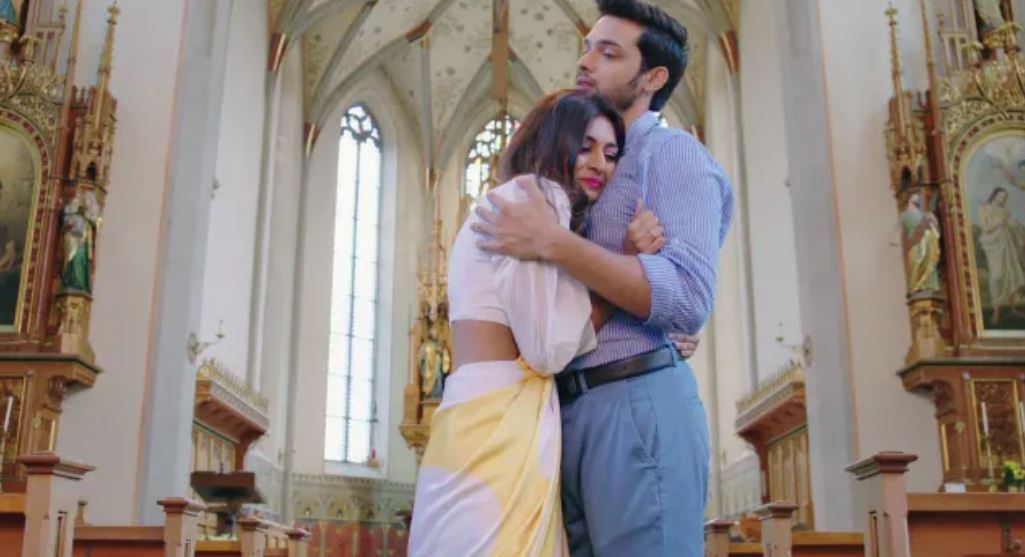 Kasautii Anurag and Prerna fiery confrontation Nivedita is enraged on Prerna’s deceive. She tells Prerna that she is really unlucky for them and Mohini was really right about her. She gets angry seeing the honeymoon decorations in the suite and scolds Prerna for stooping so low. She asks Prerna how could she cheat Anurag like this. She tells her that Anurag would have died seeing all this if he was here. Anurag goes missing from the house. The family worries for him and look for him madly. Anurag reaches Switzerland. Mohini calls Nivedita and tells her that Anurag isn’t at home. Nivedita calms her down and asks her to find Anurag. She wants to ask Basus about Anurag.

Mohini gets ill thoughts and gets fainting. Mohini calls Shivani and asks her to tell about Anurag. Mr Bajaj lets Prerna go out and have some fresh air. Prerna visits the church to get some peace. She imagines Anurag and hugs him. She expresses her love for Anurag. She feels she can’t live without him. She asks Anurag to take her along with him. He vows to always love her. They both are happy in her dream.

When her dream ends, she turns sorrowful. Anurag looks for Prerna in reality. He doesn’t want to lose his love. Prerna tells Mr Bajaj that the marriage is just a deal for her, her love will be just for Anurag. She tells him that she will always belong to Anurag.

He also clears out that he will never try to get close to her and would make relation with him only on her wish. Prerna is in Anurag’s memories. He happens to visit Prerna’s suite and loses his cool. Shivani calls Prerna to ask about Anurag. Prerna gets a shock knowing Anurag is missing. Prerna has no idea that Anurag is in Zurich. Mohini reprimands Prerna on the phone call. She hates Prerna. Anurag meets Prerna and begs her to come with him. Prerna is bounded by the deal. Prerna lies to him that she loves Mr Bajaj. Anurag angrily lights the fire in her room.