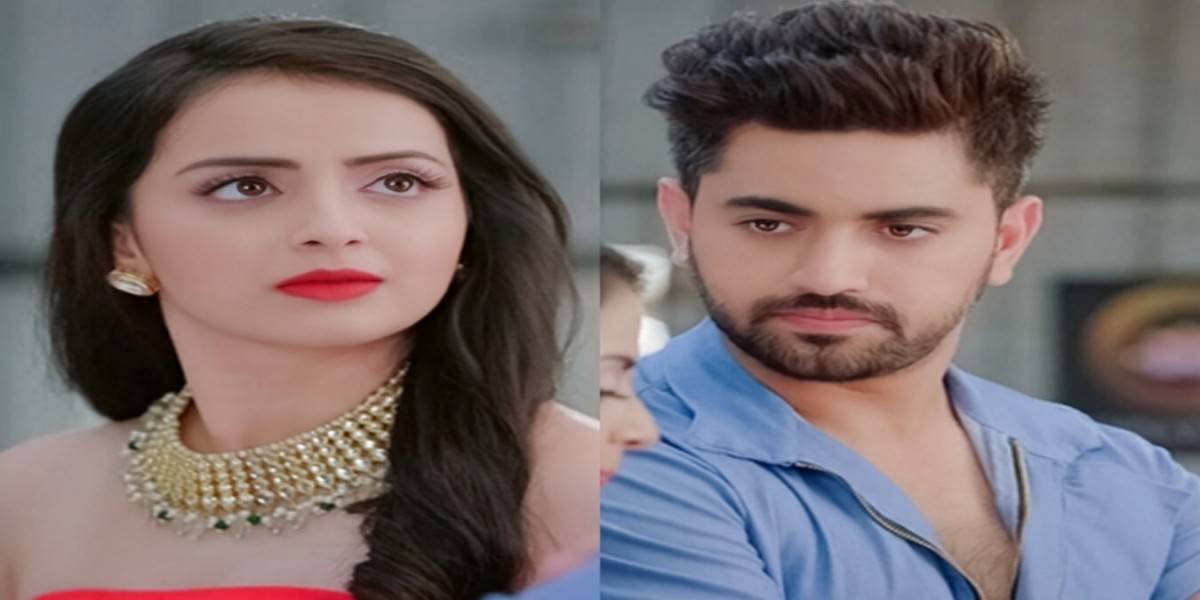 Star Plus Ek Bhram and Yeh Rishte Hai Pyaar Ke Quick Snips Kunal meets Maheshwaris and tells them about his ex Shweta. He tells them that Kuhu is aware of Shweta and she has no objection with this. He tells them that Shweta is coming back to add troubles in his life. He doesn’t love Shweta now. He clarifies that he just loves Kuhu. He clears Vishwamber’s doubts. The family worries for Kuhu’s future. Mishti tells them that she had told Kuhu to tell the family about Shweta. Varsha asks Mishti why did she not tell them before. Mishti tells that she kept quiet to maintain peace in the family. Rajshri understands Mishti’s sentiments.

Shaurya learns about the hacker. Abir and Shaurya find the hacker and get him home, until Rajvansh family reaches Maheshwari house. Meenakshi doesn’t want the media to print anything about Kunal’s past. Abir and Shaurya make sure that media doesn’t defame Kunal. The hacker tells them that Mishti had sent him the email. He frames Mishti on Shweta’s saying. Mishti defends herself as she hasn’t done anything. Everyone questions her and asks her why is she creating troubles in her family. Meenakshi gets a chance to shout on Mishti and insult her. She asks Mishti why did she pretend to be happy for Kuhu.

She asks Mishti if she is taking revenge on Kunal. Mishti asks her family to believe her, she hasn’t done wrong with Kunal, she loves Kuhu a lot. She cries out her sorrow. Abir stops Mishti from leaving. He tells her that he believes her. He asks her the truth. She tells him that she didn’t do this. Abir tells the family that they should believe Mishti. Vishwamber supports Mishti. Kunal tells Meenakshi that their plan didn’t work. She tells him that she won’t come in his way if he still loves Shweta. Kuhu overhears their conversation.

Meenakshi instills fear in Kuhu’s mind. Kuhu asks Kunal why did he agree to marry her if he liked Shweta. She asks him if he isn’t happy with her. He tells Kuhu that he wants to marry her, he doesn’t love Shweta. Varsha begs Mishti to stay away from Kuhu’s life. She asks Mishti not to hurt Kuhu. Mishti is broken that no one has supported her. Rajshri feels sorry and tells her that she trusts her. Kuhu tells Kunal that she has blamed Mishti for his sake, while he is changing his mind. Kunal tells Kuhu that they have to make Mishti away from Abir. Mishti catches the hacker and beats him up. Abir and Mishti want to know who has sent him.

Kabir and the workers fulfill the contract on time. Chopra sends the goons to stop the consignment from reaching the clients. Kabir goes home and tries to hire an auto. Pooja offers him lift. Kabir refuses to take her help. Pooja tells him that she wants him to be fine and come to office on time. They get into an argument. Kabir learns that the goons have stopped the truck and changed the route. Kabir wants to find the truck. Client asks Pooja to fulfill the order on time. Pooja depends on Kabir. She has faith that Kabir will set things right.

Pooja gets in trouble and tries to explain the clients that the truck is on the way. Kabir goes to save the consignment. He gets into a fight with the goons. Kabir manages to get the truck back to the company. Kabir wants to know the hidden enemy. Pooja gets confused over Kabir’s intentions. Pooja tries to call Kabir. She thinks she should have not trusted Kabir. Kabir gets worried when Pooja accuses him for the plotting. Chopra plans to divide Pooja and Kabir. Kabir gets framed in the matter. Pooja scolds him for creating problems and acting heroic.