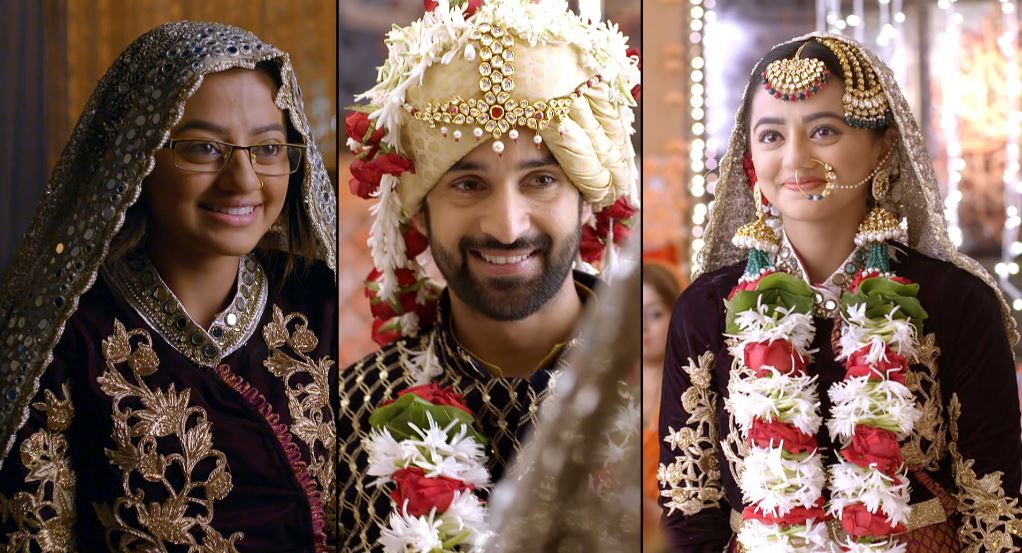 Sufiyana Zaroon faces shocking weird swapping twist Zaroon and Saltanat are finally married after a long battle with Kainat. The family is happy that Zaroon and Saltanat have united. Mamoon waits for Kainat and wonders where did she go. He isn’t happy with the marriage. He gets to hear Zaroon and Saltanat’s happy talk. He decides to ruin their happiness. Zaroon finds Mamoon with a gun. He worries and sends Saltanat away. Kainat feeds the sweets to Zaroon’s effigy. She gets to see Zaroon and Saltanat who announce that they will be leaving for Canada soon. Zaroon decides this to secure Saltanat. The family gets upset. Miyajaan gets apologizing to Zaroon and asks him to stay with the family. Zaroon tells them that he has taken this decision because of Kainat. He doesn’t tell Kainat’s crimes.

Saltanat covers up for Kainat. She doesn’t want the family to hate Kainat. Saltanat asks Nadim and Rubina not to cry. They agree to bid her a farewell for the sake of her happiness. Mamoon gets angry that his dream has shattered. Mamoon goes to get an answer from Kainat. She hides Zaroon’s effigy. She cuts her wrist to fake a suicide. Mamoon rushes to save her. She apologizes to him for not fulfilling her promise. He forgives her and asks her not to end her life. Sabina tells Kainat that everything is over now, so her work is also over.

Kainat tells Sabina that her work begins now. Sabina runs away from Kainat. Kainat wants to get some sleep before she plans her big plan. Zainab feels sorry for Kainat, who is left alone. She gets restless and feels something bad is going to happen in the family. She goes to decorate Zaroon and Saltanat’s room. Zainab prays for both her daughters. She finds Saltanat happy with Zaroon and sighs a relief.

Zaroon waits for Saltanat. He gets nervous and plans how to talk to his wife. He learns that the family women are playing a prank on him. He scares them of a lizard and makes them out of the room. Zaroon falls asleep when Saltanat doesn’t come to him. Kainat stops Saltanat from going to Zaroon. Kainat takes Saltanat’s place to romance Zaroon on his wedding night. Kainat locks up Saltanat in the room. She succeeds to separate Zaroon and Saltanat. Kainat tricks Zaroon by taking advantage of Saltanat and her resembling looks. Zaroon doesn’t know that Kainat has taken his wife’s place to fulfill her mad obsession.