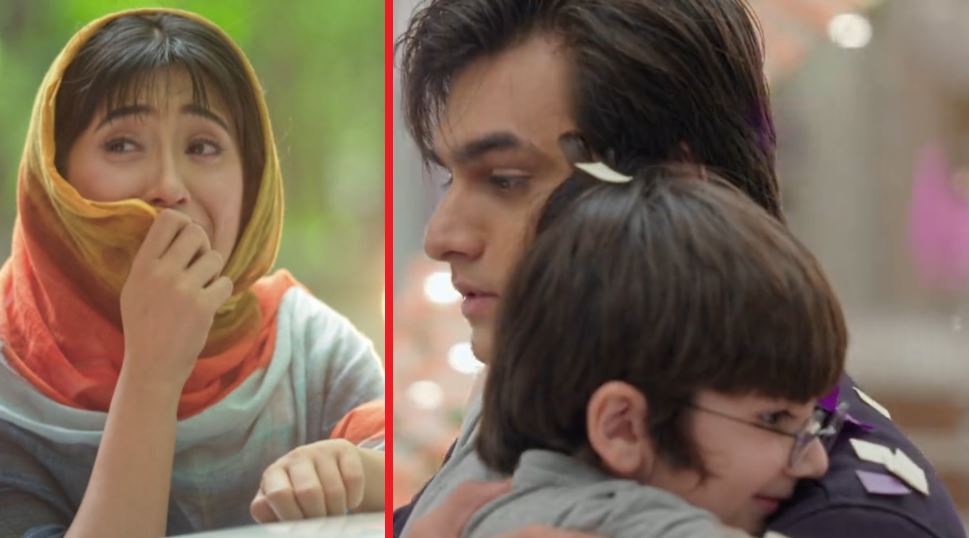 Yeh Rishta Kartik and Kairav union Naira perplexed Vedika, Vansh and Gayu come for shopping. Vedika asks Gayu to be with her when she buys the engagement accessoies. Vedika wants to buy a gift for Kartik. Gayu unwillingly stays with her. Naira gets emotional on seeing Kartik and Vedika’s wedding invite card. She gets crying in front of Pallavi. Pallavi tells her that the blood clot issue isn’t affecting Kairav, he is free from such an illness. She checks Naira’s reports. She tells Naira that she has to get Kairav undergo some more tests. Naira gets happy that Kairav has no problem. She was worried that Kairav will also suffer like her.

She asks Kairav to undergo the tests. She sends him for the tests. Kairav soon comes back. Pallavi asks her to wait until she gets the reports. Naira and her friend take Kairav to the same shopping mall. She passes some time to get back to the hospital. Kairav asks her why isn’t she taking him to dad. Naira tells him that they have to buy a gift for Kairav. Naira asks him to buy anything for his dad. Kairav gets happy and asks her when will they meet Kartik. He likes a jacket. He meets Vansh there, who chooses the same jacket. They both fight for the jacket. They find many jackets of similar brand. They become friends.

Vansh and Kairav praise Kartik’s looks and have fun. Gayu gets happy seeing Kairav and finds him cute. She thinks Vansh has made a new friend. Vansh and Kairav talk of Kartik, unaware that they are talking about the same person. Gayu and Naira get close, but have a hit and miss. Vansh asks Kairav to show his dad’s picture. Kairav doesn’t have any picture with him. He asks Vansh to show his brother’s picture if he has. Vansh shows Kartik and his picture in the key chain. Kairav identifies Kartik and tells him that Kartik is his dad. Vansh can’t believe this.

Kairav tells that he isn’t lying. Vansh tells Kairav that Kartik’s wife was Naira, who is dead now, Kartik can’t be his dad. Kairav tells Vansh that his mum’s name is Tina, but Kartik is his dad. Vansh asks Kairav to prove his word. He wants to take Kairav home with him to make him meet Kartik. Kairav knows Naira will never lie to him. He agrees to meet Kartik. Naira sees Kairav going out with Vansh. She calls him to stop. Vansh and Kairav leave in the car. They have a talk about Kartik on the way. Kairav tells Vansh that he has spent time with Kartik in Goa. Vansh shows the gift given by Kartik. Naira follows Kairav.

She doesn’t know where is he going. She rushes after him and finds the car going towards Goenka mansion. Vansh gets Kairav to Goenka house and takes him inside. Naira feels emotional that she has come back home after a long time. Kairav likes the decorative lights a lot. He tells Vansh that the house is really nice. Vansh tells him that there is a grand party in the house. Kairav wants to party with Kartik. Dadi is happy that happiness has finally come to her house. She doesn’t know about Kairav. Kairav meets Kartik and hugs him. Naira sends her friend to pick Kairav, but he refuses to go with her.

He asks her to bring Naira in front there. Kartik introduces Kairav to Vedika and Gayu. He tells Vedika that he used to meet Kairav in Goa. Kartik sees Naira’s picture and gets emotional. He decides to not let Kairav go until his mother comes home. Naira stays hidden and wishes Kairav to come to her. Kairav means a lot to Kartik. Kartik and Kairav spend time. Vedika likes Kairav and respects Kartik’s decision.