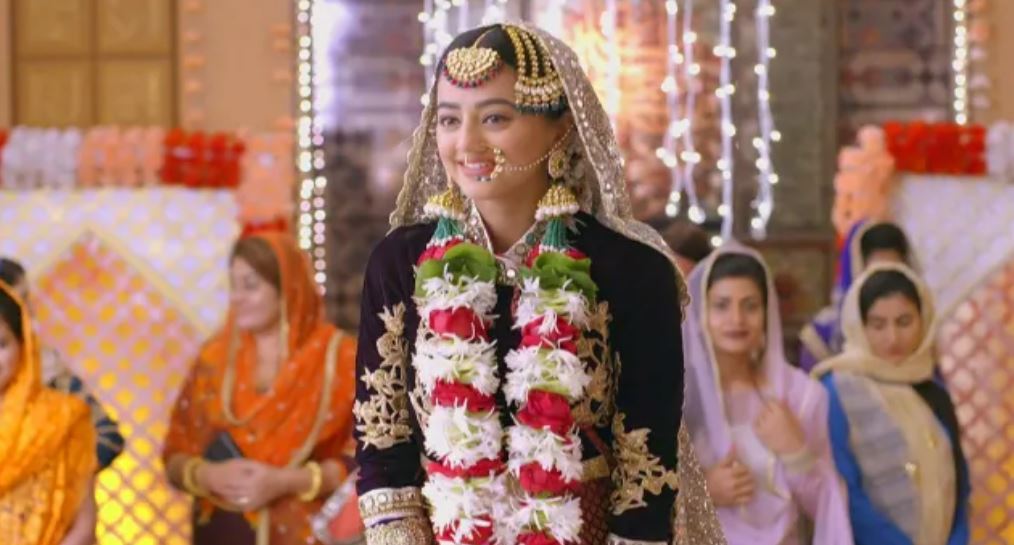 Sufiyana Pyaar Unthinkable move by Kainat stuns Saltanat Kainat crosses her limits of insanity. She lets Zaroon get married to Saltanat to keep her promise to Zainab. She becomes Saltanat’s Sautan. She plans to spend the wedding night with Zaroon. Zaroon happily awaits Saltanat. He wishes that no one comes between them again. He feels he has got married to Saltanat and now nothing can go wrong. He doesn’t want any fears to come between their happiness. Zaroon tells Saltanat that they will be soon leaving for Canada. Kainat plans such a move that Zaroon doesn’t leave the house. Saltanat goes away from Zaroon for a bit, where he feels she will be going forever. Saltanat promises him that she will live her life only with him and not leave him ever. Saltanat can’t imagine that Kainat will get after Zaroon again.

Kainat traps Saltanat in the frightening situation. Kainat reveals her plans to Saltanat after putting her in her new caged toy. She tells Saltanat that she will romance Zaroon as his wife and snatch Saltanat’s happiness. She ties up Saltanat and leaves her with Zaroon’s effigy. She thinks her ultimate move will be the best revenge for Saltanat. Kainat leaves Saltanat in an unconscious state. She plans to get Zaroon’s love to fulfill her madness.

Saltanat and Zaroon were unaware of Kainat’s unthinkable move. Saltanat wakes up in the morning and struggles to get free from the toy cage. She falls down the rotating table. Nilam gets to hear some sound and goes to check. She finds Saltanat tied up with Zaroon’s effigy. She can’t believe that Kainat has done this with Saltanat. She frees Saltanat and asks her how did she land there. Saltanat rushes to her room only to find Zaroon and Kainat together.

Saltanat and Nilam realize that Kainat’s plan was to achieve Zaroon’s love with or without the wedlock. Kainat accepts to snatch Saltanat’s love from her by her superb plan. Saltanat slaps Kainat for her insanity. She swears to expose her evil truth to the family. Saltanat receives another shock when she finds Zaroon unconscious and non-responsive to her. She asks Kainat what has she done to Zaroon. Kainat brings terrifying moments for Saltanat and feels she has won finally.