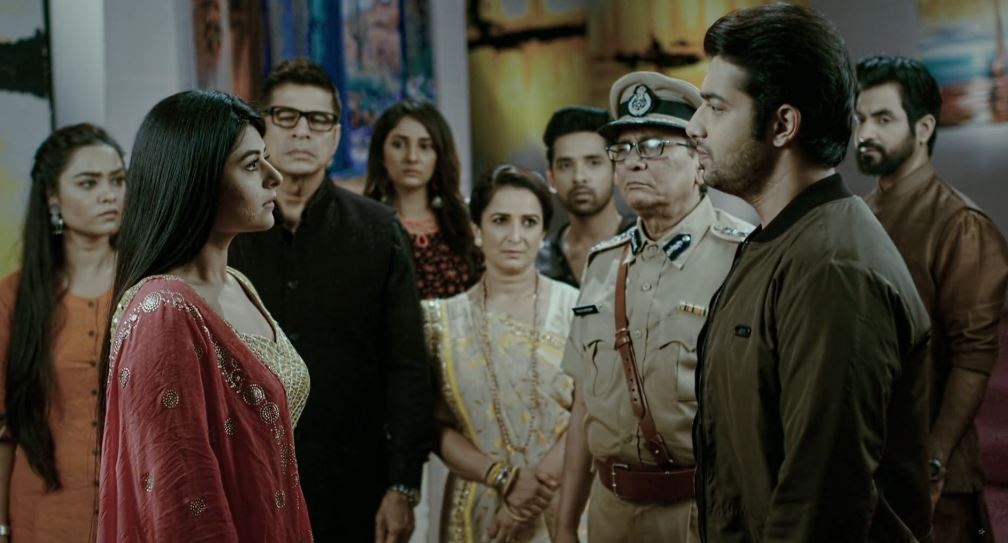 Star Bharat Top 2 Prime Show Highlights Muskaan faces the attack by Inspector Jahaan. She saves herself and shoots him. Jahaan dies by her hands. Sir ji gets the police there and frames Muskaan in the murder blame. Sir ji tells the police that Muskaan has shot Jahaan to hide her crimes. Muskaan tells police that Jahaan was the serial killer. Police doesn’t believe Muskaan. Muskaan gets arrested. Sir ji wants Muskaan to get punished. He tells her that he has shattered her dreams. Ronak can’t believe that Muskaan has shot Jahaan. She tells Ronak that Jahaan was going to kill her, and she has shot him in self defense. She tells Ronak that Sir ji has done wrong with them again.

She wants to tell him Sir ji’s truth. Muskaan gets away from him. She tries to meet Ronak once. Ronak comes to the police station to meet Muskaan. He fails to meet her Gayatri worries knowing about Muskaan’s arrest. Ronak tells her that Muskaan didn’t do any crime, Sir ji has played this evil game and framed Muskaan in Jahaan’s murder. Gayatri also believes that Muskaan is innocent. Ronak tells Gayatri that Sir ji can never change. He scolds Sir ji for torturing Muskaan.

Sir ji acts innocent in front of the family. Ronak exposes Sir ji in front of them. Ronak feels Sir ji can cross any limits for his motives. Bua scolds Ronak for going against Sir ji again. Ronak promises to protect Muskaan and save her from the murder crime. Muskaan gets interrogated. She misses Ronak. Sir ji puts her case on fast track so that she gets punished by the court. Ronak and Muskaan yearn for each other.

Nimki Mukhiya: Nimki isn’t aware of Rituraj and Tetar’s planning. Rituraj tells Sweety that its tough for Nimki to win. He threatens to kill anyone to win in the elections. He tells Sweety that if she doesn’t support them, then Tetar will get Nimki’s family shot to death. He scares Sweety and tells her that he can even kill her, Nimki and Babbu, since political power matter the most to him. Sweety can’t believe that Nimki’s family is in danger.