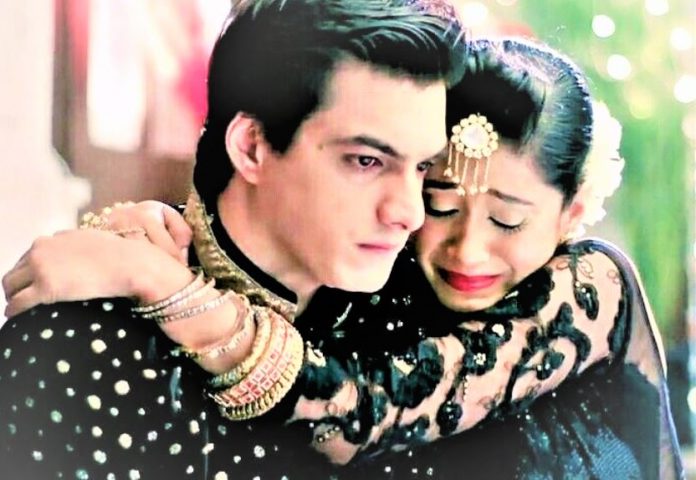 Telly Reviews Spoilers Telly Hits for the Day Kartik and Vedika will be seen getting married. Kairav makes an entry and stops Kartik’s marriage. He tells Kartik that he has got his mum along. He gets Naira in front of the family. Naira makes a shocking entry, which puts Kartik in disbelief. Kartik can’t believe that Naira is alive. He gets too happy knowing Naira is Kairav’s mum. He realizes that Kairav is his own son. Kairav will make Kaira Milan possible. Kartik doesn’t want to question anything about Naira’s past decisions. He is happy that she is back in his life.

Pujan Pandey gets clued and doubtful about Badal and beats him. Badal comes to Pujan Pandey’s house to get his advance salary for his father Mohan Ram’s treatment. But Pujan Pandey beats him and asks him to come and get the tip after Suman’s marriage. Suman couldn’t bear to see Badal getting beaten up by her father. Rukmani stops her and holds her hand. Suman couldn’t bear anymore and speaks up the truth that the guy whom he has beaten and insulted so much is her love. She declares that she loves Badal and will marry him only. Pujan Pandey fumes with Anger. Rukmani gets worried for her daughter. Chandrama is shocked. Shashi rejoices to see her truth out. Badal and his family’s life fall in danger.

Nilambari has become an evil witch and calls herself as Maha Maya. She tells Adhiraj, a vulture (may be Madhav whom she made her slave vulture) that she was attacked many times by Bhujang’s gang, but nobody saved her until now. Adhiraj asks Mohini to say that those two (Chandra and Vasudha) were her partners. He asks her to confess else he will kill her. He keeps a knife on her neck and tells Maha Maya that the girl who can reach your hand, can reach your neck also. He says this girl came to kill you and not to save you. However, she wins Maha Maya’s confidence. The story of Madhav and Vaidehi has changed and the new story starts focussing Mohini (Snake) and Adhiraj (Vulture), an odd love story.

Rivaaj dislikes the food made by the Servant. Kesha mixes the poison in Mayura’s food to harm her. Mayura sees that and makes Rivaaj eat that food. Rivaaj vomits blood. Mayura helps him lie down and steals his key. She opens the lock and comes inside. Rivaaj comes to know about Premlatha and Kesha’s plan and gets angry. He comes running to the locked room. She tries to open the door. The captive lookalike shout for help.

Rivaaj comes to the door. Mayura makes Snoopy keep the keys on the dining table. Rivaaj sees her and asks what is she doing here? She tells that she had gone to buy medicine for him. He checks CCTV.

Mayura tries to help Rukmani and give some food stuff, but Rukmani refuses to take fearing it may have poison. Kesha and Premlatha provoke him against Mayura. He asks them to get proofs against Mayura and says if you are right then I will ruin her life. Mayura manages to come inside the darkroom and falls down. The captive man asks her to get up and says you are fine. Mayura gets up and shockingly sees Rivaaj’s lookalike.