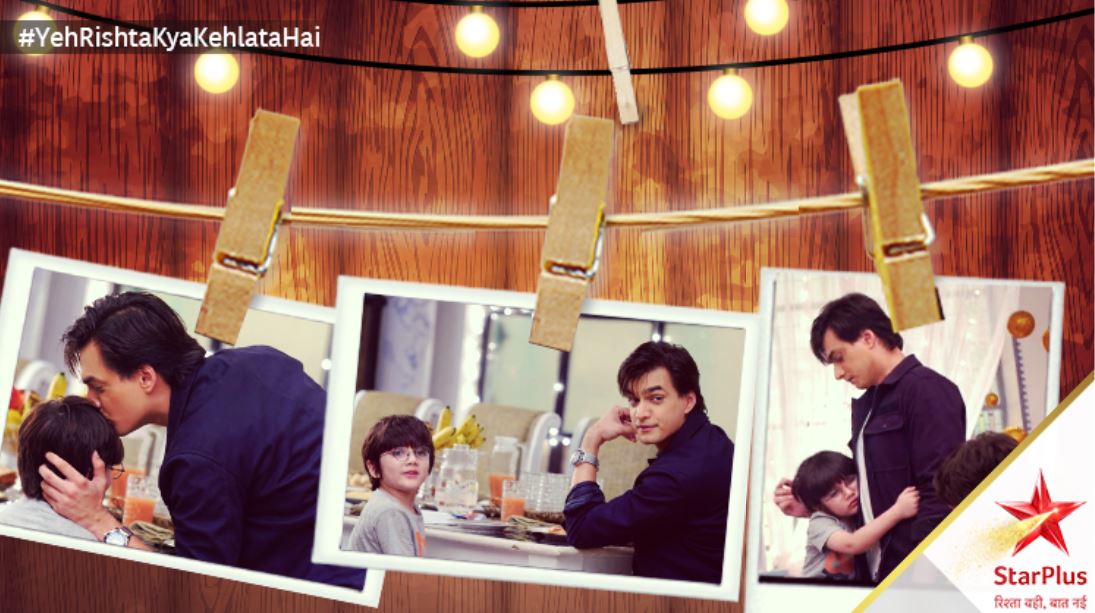 Telly Reviews Stunning Three Telly News Bytes Today During Kartik and Vedika’s mehendi, Aditya barges in to reveal that Naira is alive. Naksh bashes Aditya and sends him away. Kartik sinks in Naira’s memories again and gets away from the function. He recalls Naira. He imagines Naira with him and begs her to come back. Vedika understands Kartik’s pain. Kartik deals with his dilemmas and sheds tears while expressing his feelings to her. Kartik sees Vedika and imagines Naira in her. He expresses his eternal love for Naira, which hurts Vedika’s heart. Vedika breaks her marriage with Kartik. She gets Kartik’s name in her mehendi. She knows Kartik can never forget Naira.

She doesn’t want Kartik to compromise with his life. She washes off the mehendi. She tells the family that she doesn’t want Kartik to marry her by the family pressure. Vedika tells them that Kartik has to stay happy in the marriage, else there is no use of such a relation. Kartik witnesses this and feels guilty for hurting her. Vedika knows that the situation is wrong, the fate is playing a game with them. She knows Kartik just loves Naira. She takes the big decision. She doesn’t want to trouble Kartik more. She feels it won’t be good to convince Kartik. She stops Dadi from talking to Kartik.

Tunne tells Mahua that Tetar is just using her to defeat Nimki in the elections. He asks her not to become Tetar’s pawn, knowing how evil he is. He also reminds that Anaro misbehaved with Monu, but Nimki took a stand for him. Mahua loves Nimki and tells him that she is doing everything to free Nimki from haveli people. She wants her sister back home. She tells that she doesn’t want Babbu to win, who will change after winning the elections. Babbu meets Mahua and hears her opinion. He tells Mahua that Nimki has forgiven him for his crimes. He apologizes to them. He tells them that Nimki misses her family a lot and she loves them. He asks Mahua not to get against Nimki. Mahua asks him if Nimki has sent him to talk to her.

He tells her that Nimki didn’t forget them, she still wants to protect them. He clears that he is contesting in the elections just for Nimki’s sake, its Nimki’s plan against Tetar, which he is working out. He wants to teach a lesson to Tetar and family. Tetar and Rituraj make new plans. They think if it will be good if they kill Mahua and frame Babbu, so that Nimki hates Babbu. Tetar loses his cool when Nimki and Sweety come home. Sweety is scared of Tetar’s reaction. Nimki asks Sweety not to worry.

Tetar bashes up Nimki to vent his anger out. Nimki calls Babbu, but he doesn’t answer. Babbu gets happy that Mahua is ready to forgive Nimki and meet her. He wants to unite Nimki and her family. Sweety gets locked in her room. Rituraj catches Nimki. Tetar gets threatening and insulting Nimki. Nimki provokes him by making him understand his defeat. Sweety cries for Nimki. Babbu finds Nimki in an injured state and goes mad in anger. He doesn’t deter from shooting down his own father.

Telly Reviews Stunning Three Highlights. Sir ji’s lookalike meets his aides. He asks them to just demolish the brothel. Sir ji dines with his family. He learns that Ronak has gone to drop Muskaan to the police station. There is an entry of fake Sir ji, who goes to the brothel to ruin it. Tabassum obstructs him. He tells her that he can do anything for Ronak. He gives the order to vacate the brothel property. Sir ji reaches his office and learns about his shocking order.

Sir ji can’t believe this since he hasn’t done this. Fake Sir ji tells Gayatri that he wants to auction his house and all the properties. This gets shocked for the family. He tells Gayatri that he wants to make a new start in a good way. Gayatri wants to support him. Sir ji stops Tabassum and asks her how can she let the brothel get demolished. She tells him that he has passed this order. She also mentions that he told her about auctioning his house. He rushes to his house to stop the auction. He doesn’t want his lookalike to take advantage of his absence. Muskaan takes the weird case to solve the mystery of Sir ji and his look-alike. Sir ji struggles to save his house, brothel and properties. He seeks the police help, while trying to figure out his enemy.