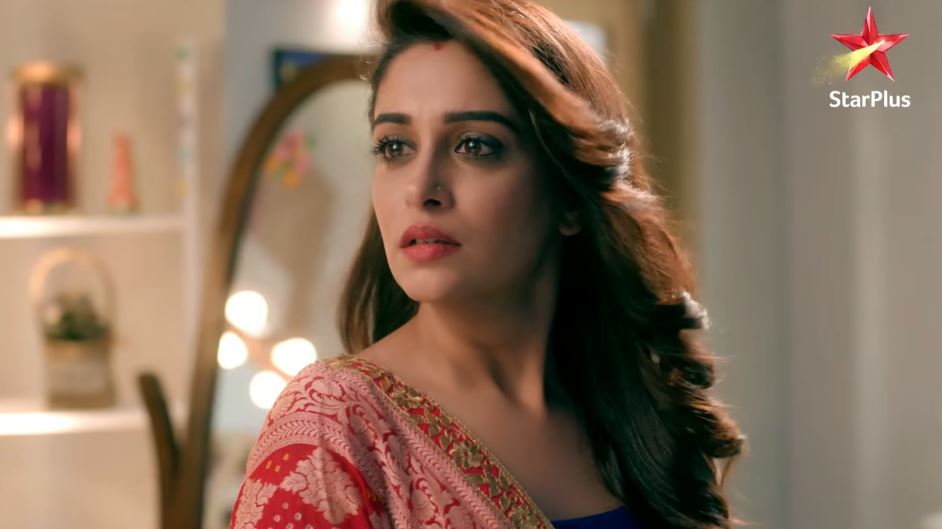 Star Plus TellyReviews Hits Two Prime Upcomings Kahaan Hum Kahaan Tum: Rohit drops Sonakshi to her house. She offers to do his aid. She cares for Rohit. She takes him home. Sippy family enjoys the rains. Deepa reaches the home alone. She tells them that Rohit has gone to meet Sonakshi. She tells about the emergency at Akash’s restaurant. Veena asks her where did Rohit go then. Deepa tells them that he should have come by now. Veena worries for her son. Meanwhile, Rohit passes funny comments on Sonakshi’s house. He gets lost thinking seeing her concern, while she does the aid to his wound. He asks her how did she fall in love with Karan, who isn’t deserving of her. She tells him that she knew Karan since childhood and felt he is the right life partner. She gets sensitive while recalling her love story.

She tells Rohit that Karan has changed in the past years. Rohit gets emotional hearing her story. He too recalls his girlfriend, whom he loved a lot. He was in love with Raima, who left him forever. Sonakshi asks him to forget the past and move on, such is life. He refuses to move on, since love just happens once. She tells him that he should be open to accept love once again in his life. Veena calls Rohit and learns that he is at Sonakshi’s place. She is relieved and wish that they bond well. She gets dramatic about Sonakshi’s show. Veena and her maid plan to watch the show on TV.

Sonakshi asks Rohit to stay back at night since the roads are clogged by the rains. Veena also wants Rohit to stay back at Sonakshi’s place. Rohit refuses to Sonakshi. She offers him help since he is becoming her friend now. Rohit compares Sonakshi’s locality with his locality. Sonakshi tolerates his nonsense taunts. Veena calls Sonakshi to talk to Rohit. Rohit laughs seeing a light lantern. Veena tells about the power cut at their home. Rohit wonders how can they face a power cute. Sonakshi and Rohit share a laugh. Pari finds their bonding. She worries since Sippys always created troubles for them. Rohit tells the family that Sumit is the real culprit. Sippys confront Sumit for his cheap plotting.

Abir, Kunal and the family have fun in the bachelors’ party celebrations at home. When Parul confronts Meenakshi for her plans against Kuhu and Maheshwaris, Meenakshi loses her cool and threatens to send away Parul to her village. She asks Parul to silently accept the respect she is receiving at home by the family, else she would be going away from Kunal as well. Meenakshi gets stern and reminds Parul her past status. Parul tells Meenakshi that she believes her and always supported her like a shadow. Meenakshi asks her to remember where a shadow stands. She asks Parul to always be her back up and not try to act smart. They have an argument.

Meanwhile, everyone is happy and dancing. Atul gets drinks for them. Everyone turns drunk. Abir wants to meet Mishti. Nanu asks Abir to imagine Mishti if he wants. Abir imagines Mishti and gets into a romantic moment with her. Kunal confesses the truth that he is acting to love and marry Kuhu. Abir doesn’t believe Kunal and thinks he is joking. Kunal tells the family that he is just pretending his alliance with Kuhu. They also don’t believe this. Kunal goes to tell the truth to Kuhu. He gets to meet Mishti. Mishti wants to tell Kunal about Meenakshi’s conditions. She thinks he can help her. Abir stops Mishti and takes her away for a talk. He wants to confess love. Mishti stops Abir from telling anything further.

Abir realizes that Mishti doesn’t want to accept his love. Kunal meets Kuhu finally. Kuhu gets too happy when she finds Kunal in the hens party. Kunal tells her that he has come to meet her to tell the big truth. He feels guilty. Abir confesses his love, but Mishti goes away from him. Kunal fails to tell Kuhu about faking love. Meenakshi calls Mishti and asks her to stop Kuhu’s Mehendi by revealing Kuhu’s mother’s secret. Mishti gets blackmailed once again.