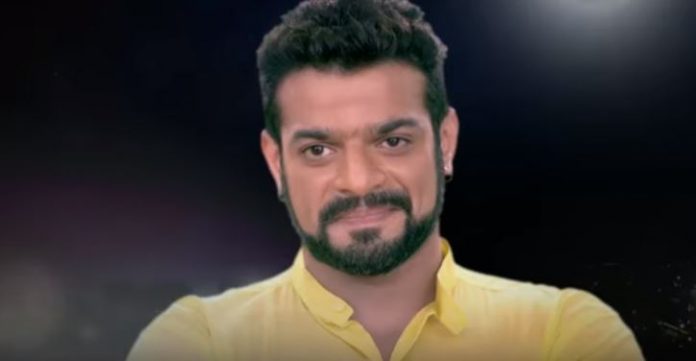 Yeh Hai Mohabbatein Huge twists with a new Raman The family worries for Ishita. Ishita has gone to save Raman from Arijit. Her absence in the house upsets the family. They don’t want Ishita to fall in any trouble. They try to call her and track her number. Ishita drops her phone at the site. She rushes Raman to the hospital to save his life. The family fails to track her location. Aaliya tells them that they should better start finding Ishita than waiting at time. The elders worry as well. Simmi tells the elders that they are going to watch a movie. Mani and Bala lead them in finding Ishita. They don’t find her at Sunita’s clinic and house.

They realize that Ishita didn’t go to meet Sunita and lied to them for a purpose. The family wishes that she is safe and not captive by the kidnapper again. They decide to file a police complaint. Mani tells them that missing complaint won’t be accepted before the completion of 24 hours. Ruhi wants to file the complaint against Sunita. Arijit calls Mani to know about Raman and Ishita. He asks Mani if everything is fine at Bhalla house. Mani doesn’t know anything about Raman’s fatal state. He tells Arijit that he is busy with some work and he will call him later. Arijit tells him that he is coming to Bhalla house to meet them.

Mani makes excuses and stops him from coming. Ishita calls Ruhi and reveals that she has found Raman. The family gets happy to know that Raman is alive and he is with Ishita now. Ishita tells them that she got Raman to the hospital. This makes them worry for a while. Ishita asks them to come soon since she needs them. The family reaches her and they get into an emotional moment. Ishita cries that she lied to them because of the kidnapper’s message. She reveals that the kidnapper had pushed down Raman from the building top. She is in sorrow. She worries for Raman. The family gets moved knowing about the danger on Raman’s life.

They console Ishita and wait to get Raman’s recovery update. The doctor informs them about Raman’s critical condition. He tells them that Raman’s face got completely spoiled because of the big injury. He tells about the face reconstruction procedure done to Raman. The family is thankful that Raman survived. Raman’s parents feel restless about him. Ruhi lies to the elders about Raman.

Ishita wants to meet Sunita and know about the kidnapper. Ruhi and Aaliya don’t want the kidnapper to get after Raman again. They stay back in the hospital with Raman to protect him. Arijit feels Raman is dead and doesn’t care much. Bala lies to elders that they are staying at the resort. Mani doesn’t find Ishita with them. He wonders where did she go now. Arijit checks the newspapers to find Raman’s death news. He worries that Raman has survived. He wants to know what is Ishita planning. Ishita is trying out the kidnapper. She asks the family not to tell the elders about Raman.