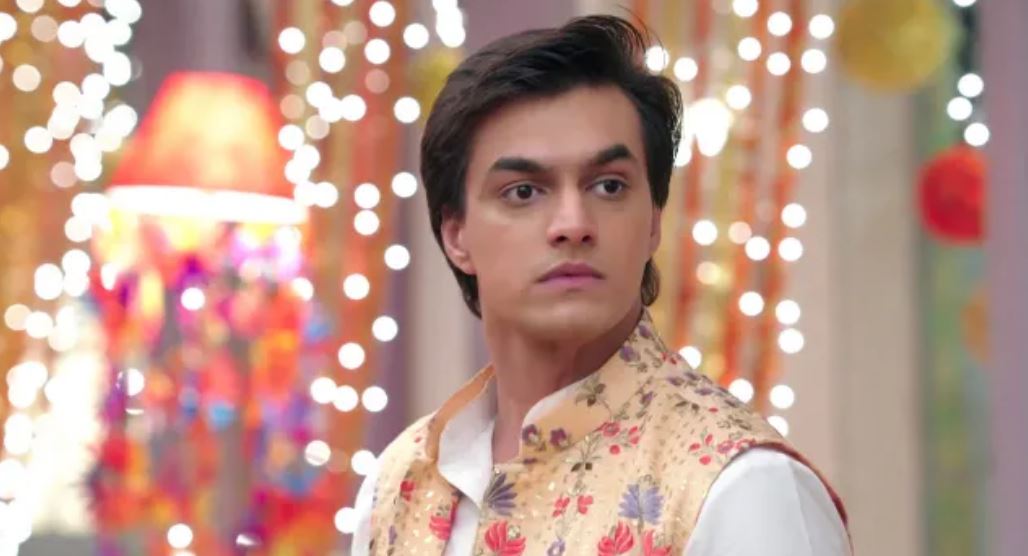 Yeh Rishta Kartik missing Shock for Goenkas Naira prays before Kairav’s surgery. She is happy that at least Kartik is moving on in his life. She wishes to move on as well for the betterment of Kairav, who longs for his father every day. Naira is happy that the surgeon is coming to treat Kairav. She feels grateful to Kartik for arranging the surgeon in time. She wishes that Kairav gets fine and she returns to Goa before coming in Kartik’s knowledge. Kartik also prays for his dear ones. He feels that he had a hope that Naira is alive. He doesn’t want to break Vedika’s heart. He wishes to get courage that he doesn’t step back from the marriage. His family prepares for the Haldi function. Naira asks Kairav to cooperate with the doctors and be brave. She wants him to stay calm before the surgery.

She sends him for the surgery. Kairav doesn’t let her go and gets stubborn to call Kartik. He tells her that she should tell Kartik about his surgery, so that Kartik comes to meet him. He expresses his wish and wants Naira to fulfill it. Goenkas get ahead with the marriage functions. Naira tells Kairav that Kartik is very busy and can’t come. Dadi screams when the haldi falls down. She feels its a bad omen.

The family rushes to Dadi and asks what has happened. Dadi tells them about Vedika’s haldi spoiling. Dadi wants the marriage to happen at any cost. She doesn’t want any hurdles in Kartik’s happiness. The entire family prays with Dadi. Kartik takes the signs and tries to understand. Kairav feels sick and calls Kartik. Doctor tells Naira that his vitals aren’t stable and they can’t operate him. Naira feels helpless when Kairav asks for Kartik. Kartik too feels helpless while he sees his marriage attire. Manish tells him that he too had a second marriage and went through the same moment in his life.

He explains Kartik that he should give another chance to life and maybe Vedika will win his heart on her own, without his knowing. He asks Kartik to accept Vedika and be sincere in his relation. He is sure that Kartik and Vedika would fall in love and have a successful marriage. He tells that he has married Suwarna and moved on in life for the sake of his children. Kartik reminds Manish that Manish was in love with Suwarna, but that’s not the case in his life, since he doesn’t love Vedika. Kartik just loves Naira. Manish still asks him to have hopes and go ahead with the marriage.

Pallavi doesn’t arrive for the surgery. Naira calls Pallavi to reach her in a hurry. Kartik gets Naira’s message and gets surprised. Vedika gets ready for the marriage. Naira is too hurt knowing Kartik is getting married. Her friend asks Naira not to ruin Kairav’s life. The Goenkas soon get a shocking news that Kartik has gone missing. Kartik isn’t at home at the time of the marriage, which worries Dadi and Vedika the most. Vedika runs to find her groom and comes across a shock. Naira decides to meet Kartik only for Kairav’s sake.