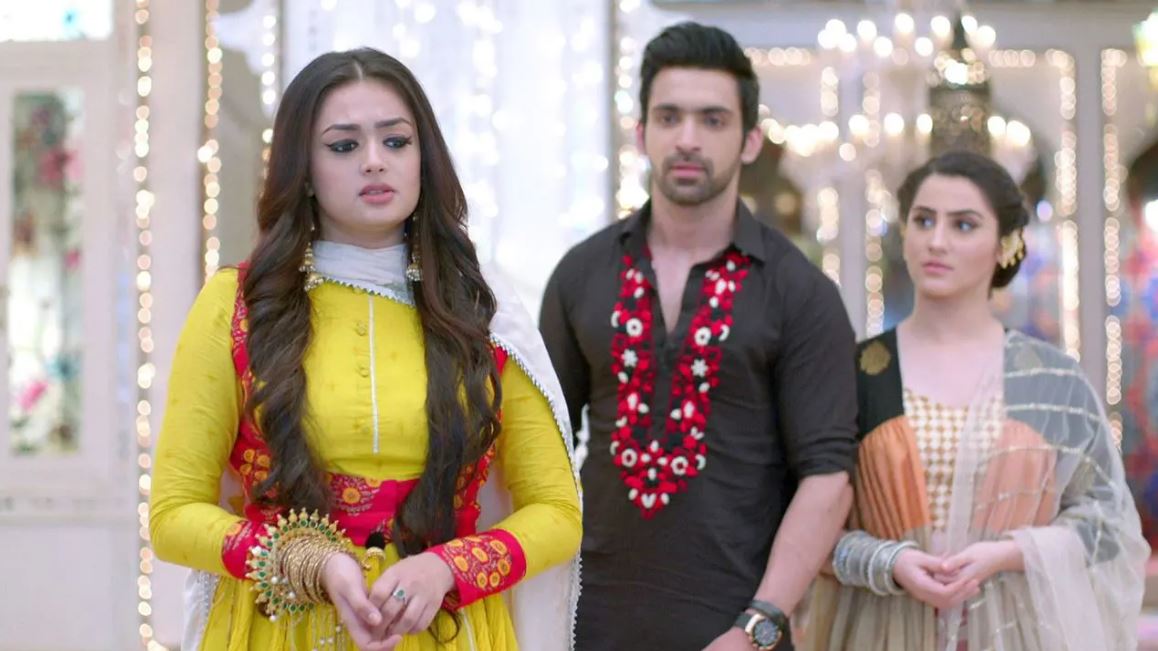 Bahu Begum Vish Gathbandhan Upcomings this week Sabrina and Aditya’s mehendi ceremony gets in full swing. Aditya is helpless. Aditya and Mohit are affected by Sabrina’s poison. Sabrina is very much happy as she has got Aditya on her side by her magic. She wants to win some how. She romances Aditya. She doesn’t want any hurdle in her marriage. Aditya gets captured by Sabrina’s spell. Mohit lies unconscious in the basket. His body gets paralyzed by her poison. Mohit gets free from her spell. He tries to reach Aditya and Aaliya. He wants to tell them about Sabrina’s poison. He wants Rudra Maa to save him at least. Sabrina finds Mohit going to Aditya. She stops Mohit and takes him away. Mohit wishes to expose Sabrina. Aaliya reaches Aditya in a disguise and tries to stop his marriage. She is against Sabrina. Aditya will learn Sabrina’s crimes.

Gathbandhan: Dhanak secretly enters the house while Raghu is sleeping. Dhanak is determined to achieve her goals. Maai catches Dhanak. she asks Dhanak why did she go out midnight and fool her. She scolds Dhanak and Preeti for fooling the family. Dhanak is trying to find Raghu’s father. She wants to bring him home and unite with Maai. Raghu and Maai are clueless of Dhanak’s plans. Maai threatens to expose Dhanak’s suspicious behavior to Raghu. Raghu questions Dhanak about her whereabouts. Dhanak misleads him.

Shayra asks Azaan to marry Noor. He wants Azaan to marry Noor and accept Noor’s love. Azaan didn’t know that Noor is planning this. Shayra doesn’t want Noor to end her life. Azaan wanted to take all of Shayra’s sorrow. He wishes to give her happiness. Shayra is unhappy within. She wants to get divorced from him. She wants him to forget her. Azaan gets a huge shock with Shayra’s unexpected demand for divorce.