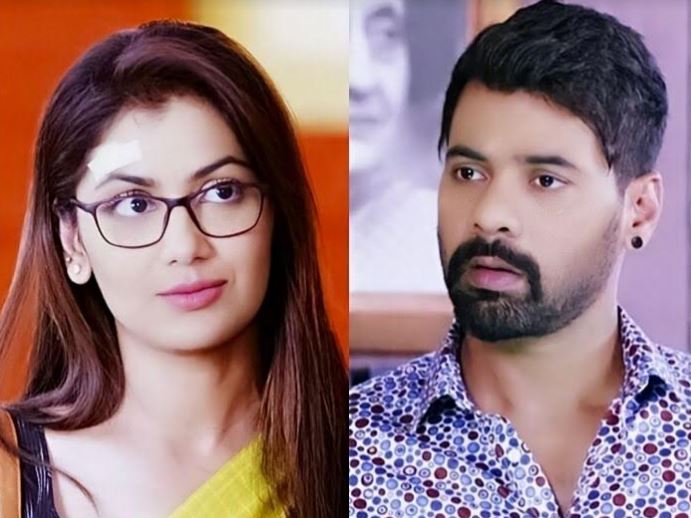 Kumkum Bhagya Destiny’s Hide and seek with Abhi Pragya Pragya makes a video call to Abhi on Sarita’s insistence, but he doesn’t pick her call. Pragya tells her that Mr. Mehra must be busy at the party. Ranbir looks at Prachi while she cleans the stain from his suit. He starts feeling for her unknowingly and tells himself that he loves Rhea. Disha returns the ring to Purab and wishes him a happy anniversary. Aaliya sees Disha in the party and tells her that it is her marriage anniversary also so she shall wish them both. Disha turns to them and wishes them a happy anniversary. She says I am happy for both of you. Abhi thinks to go and meet Sarita. Disha is worried seeing Aaliya with Purab. She feels Aaliya has snatched Purab from her forever. She gets emotional seeing Purab.

Aaliya finds Disha in the party and gets emotional too. Aaliya celebrates anniversary with Purab. Disha doesn’t like to be with them. Disha finds the chief minister hurt. She doesn’t leave her alone and stays by her side. Disha calls Ritvik to get his help. Rhea wants Ranbir to propose Prachi if he wants her love. Ranbir gets compelled by Rhea. Ranbir fails to tell I love you to Prachi. He is trying to trap her in love and break her heart so that he fulfills Rhea’s condition. Pragya takes care of Sita. Minister wants to award Abhi and Pragya together in the party.

Rajaa Beta: Purva gains consciousness after some time and sees Rahul sitting at her bedside. Purva tells him that she doesn’t want to see his face after he betrayed her. She says it is all destiny game that she got a nice guy like Vedant. Rahul tells her that the destiny game is played by Vedant. Purva asks what nonsense are you talking? Rahul tells that he is saying the truth and says Vedant got him beaten by goons and made him run out of the city so that he doesn’t reach for their wedding. Purva is shocked to know this and can’t believe Rahul.

She asks about his HIV positive disease, but he refuses saying he is very much fine. He asks if Vedant lied to her about him. Purva thinks Vedant lied to her and aborted her baby. Pankhudi has trapped Vedant from all sides. She risked his professional and personal life. She had even kept Rahul in dark and made him believe Vedant made him run away on his marriage day, by bribing the goons. She wants to destroy both Purva and Vedant fully.