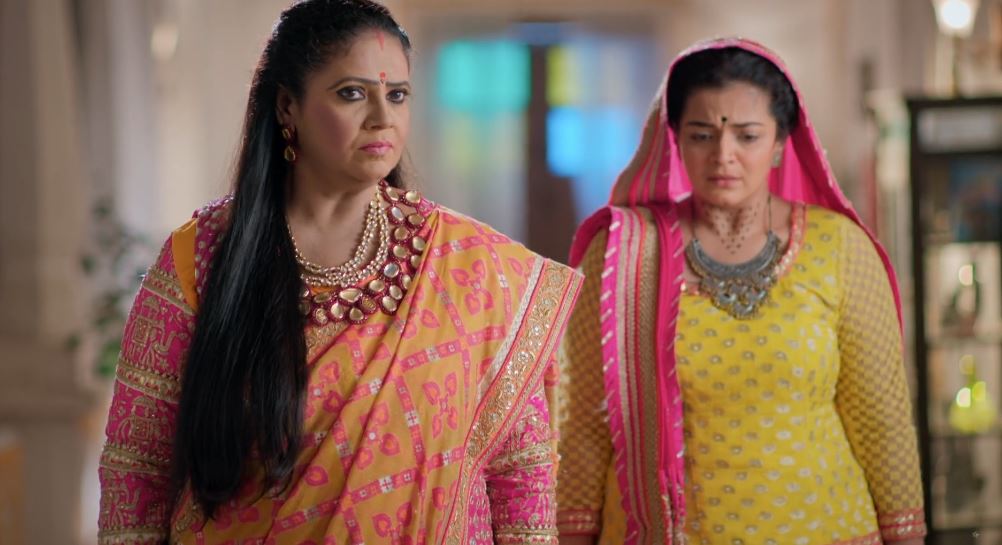 Rishtey Pyaar Abir Parul to fail Meenakshi’s evil plans Kuhu meets Kunal and begs him to not break the marriage. Kuhu tells Kunal that she loves him a lot and she can’t afford to lose him. Mishti plans to leave the house. Mishti thinks if she is taking the wrong decision. Kuhu cries and pleads to Kunal and Meenakshi. Parul and Abir feel bad. They console Kuhu. Kuhu tells them that its not her mistake, her birth wasn’t in her control that she gets blamed for it. She asks them not to punish her and her family. Abir asks Kuhu not to worry, they won’t break the alliance. Meenakshi also gives her word. Parul doesn’t believe her. Meenakshi takes Kuhu to Maheshwari house. She tells them that Kuhu had come to request them. Vishwamber asks her not to cancel the marriage.

Meenakshi tells him that she will get the baraat and get the marriage done only if Mishti stays away from the marriage. Mishti agrees to stay away. Vishwamber is troubled by Meenakshi’s condition. Mishti cries and goes away thinking her decision to leave is right. She just wants Kuhu’s marriage to happen well. The family gets helpless to part away with Mishti. Abir goes to meet Mishti and get his answers. He hugs her and asks her not to lie further to him, since her heart can never lie to him. Mishti asks him to leave since it will be a big problem if anyone sees them together.

He knows she worries for families. He wants to know the truth. She thinks to confide in him and then changes her mind. He tells her that he can’t believe her, she maybe under pressure to do this, he just wants to know the reason. Meenakshi and Kunal work out their plan. Mishti tells Meenakshi that she is leaving the house. Mishti makes a leave from there. Vishwamber feels hurt that Mishti has broken their trust and esteem. He allows Mishti to leave, since he has to safeguard Kuhu’s happiness as well.

Meenakshi wants Kunal to run away from the marriage. She wants to reject Maheshwaris and insult them. Mishti leaves for the airport. She calls Abir to speak to him for the last time. Kunal plans to flee, while Abir has no idea about it. Parul learns Meenakshi’s plans and rushes to Abir so that they can stop Kunal. Will Parul break her silence and save her son Kunal’s life from Meenakshi’s evil and egoistic manipulations? Keep reading.