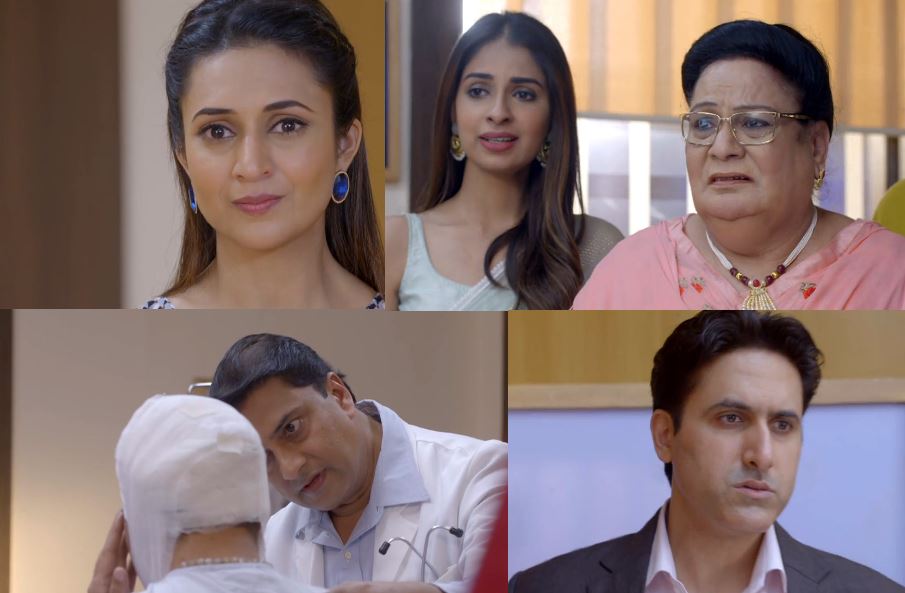 Yeh Hai Mohabbatein Bhallas meet survivor Raman Everyone worries on getting the bad news that Raman is critical again. The family members who are aware of Raman’s situation wants to meet him at the hospital. Karan assists Simmi and Mihika. He tries to make excuses to help them leave from the house. The elders find them making excusing all the time. They don’t know what’s happening. Mr. Iyer is also worried for Raman. He wishes that Raman gets fine soon. Ishita wants to head to the temple to pray for Raman. Yug wants to accompany her. She asks him to be with Raman. Yug tells Karan and Ruhi that Ishita is going to the temple to pray for Raman’s recovery.

Bhuvan is relieved that he got saved from Ishita. He doesn’t want to tell Arijit, being afraid. Arijit meets Bhuvan and asks him what has happened that he has come back. He scares Bhuvan and gets to know the entire matter. He gets angry knowing Bhuvan was nearly caught. He asks Bhuvan why did he come to his house to get Bhallas here. He threatens to kill Bhuvan. Bhuvan thinks Arijit has gone mad. Arijit gets the gun to kill him. Bhuvan madly runs on the road and meets with an accident. Arijit gets happy that Bhuvan will die on his own. He thinks none can know his evil motives now. Karan learns that Bhallas are doubting on Ishita’s absence.

He asks Mihika to send Ishita home for some time. Mihika and Aaliya ask Ishita to go home for some time, until they are here. Arijit reaches the hospital to know about Bhuvan. He learns Bhuvan is in the emergency ward. He finds Karan taking medicines and hides from him. He asks the nurse about the patient Karan is attending. The nurse doesn’t reveal anything to him. When he goes towards the emergency ward, he gets to hear about Raman. He gets a huge shock on learning that his biggest enemy Raman Bhalla is alive. He can’t tolerate Raman and Ishita’s victory.

He asks nurse to let him meet Raman once, he is Raman’s relative. Nurse doesn’t allow him. When he insists a lot, she takes him to meet Raman. Arijit gets surprised when he finds someone else. Nurse tells him that this patient is Raman Bhalla. Arijit thinks this Raman is someone else, and maybe his enemy Raman Bhalla is really dead. Nurse asks him to leave now. He calls her really mad and goes to see Bhuvan. Karan hides and keeps an eye on Arijit. Nurse asks Arijit not to roam around and leave from the hospital. Arijit goes away.

Karan thanks the nurse for changing Raman with someone else. He tells that he has done this to save Raman’s life. He thinks why is Arijit so desperate to know about Raman. Ishita learns that Raman’s bandages will be removed. The entire Bhalla family meet Raman and encourage him, while he gets a new face post the skin grafting surgery. They receive a bolt seeing his changed face. Doctor asks them not to give shocking reactions to break patient’s courage, since they should be thankful that Raman is alive. Arijit is tricked and thinks Raman is dead, and Ishita is hiding his death news from the family.