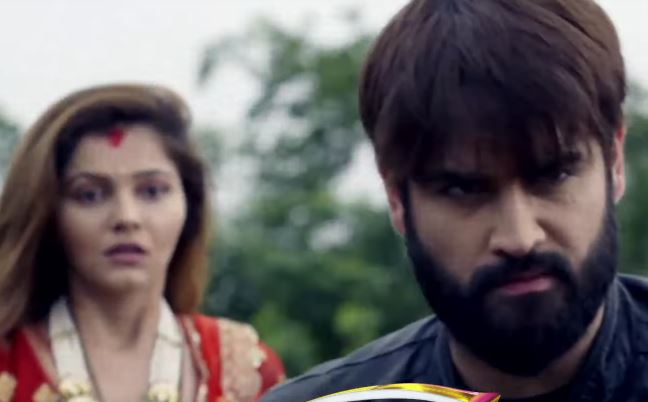 Tellyreviews Spoilers Today 17th August 2019 Muskaan Tara hits on Mala’s head and captures her. She gets Mala to Sir ji and reveals that Mala had been helping Ronak and Muskaan until now. She tells how Mala had been spying on them to know their plans and help Ronak in failing them. She asks Sir ji to punish Mala, who was telling Ronak about his new plan. Sir ji kills Mala. He tells Ronak that he has to meet Akbar, before Ronak reaches him. Sir ji and Ronak rush and take different routes. Ronak tries to find Akbar. Sir ji takes a disguise. Bua informs him that there is no one at home, since everyone has come for the final rites of Dipendar. Ronak meets Akbar, who gets angry hearing about Sir ji.

Ronak learns about Sir ji’s connection with Akbar. Akbar’s wife tells how Sir ji has killed Akbar. Ronak realizes the carpet is inside the house only. He gets the description right. He wants to know the secret hidden under the carpet. Sir ji reaches home and removes the carpet to enter the secret passage. He gets all his black money out and rushes in the van. Ronak and Muskaan too reach home and see the secret passage. They realize Sir ji has left with the money. They track Sir ji. They follow him to his hideout.

Sir ji tells Tabassum that he will regain his powers again. Ronak meets him and threatens of burning his evil money. Tabassum kidnaps Gayatri and threatens to kill her, if Ronak burns the money. Sir ji praises Tabassum for her great move. Sir ji tells Ronak that he will kill them today. Gayatri begs him not to kill Ronak. Muskaan tells Sir ji that she wants to die first. Ronak and Muskaan face Sir ji’s madness.

Mahi will be giving birth to Harman’s child. Mahi will be blessed with a daughter. Mahi has lost Harman forever. Preeto finally gets a grandchild. Preeto had manipulated a lot to see this day. Soumya’s life gets incomplete after she loses Harman. Soumya stays with Harman’s memories. Soumya learns about Harman’s daughter coming into the world. The show will get a leap of ten years.

Dhanak and Raghu will be seen celebrating Janmashtami and participating in the Dahi Handi competition. Dhanak gets Raghu’s support when she climbs up the pyramid to break the Handi. Raghu doesn’t break the Handi and gives the chance to Dhanak to break it. Maai loves Raghu a lot. She tells him that she can’t share his love with anyone. She feels insecure that Raghu is blindly following Dhanak. She wants to explain Bharat’s evil character to them.