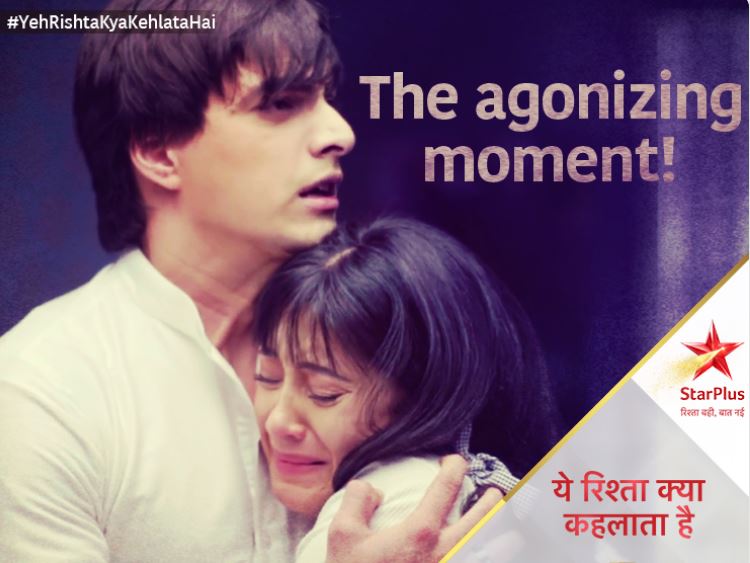 Yeh Rishta Special Episode Shocking for Kartik Naira Goenka and Singhania families meet Kairav just before his surgery. They wish him all the best and get emotional. Dadi hugs Kairav knowing he is Goenkas heir. Everyone is tensed, but get a smile on face by Kairav’s innocent talks. He is sure to fight all the germs in his stomach like a warrior and come back to them soon. Kartik and Naira get stressed when the nurse asks them to sign the consent form, so that the doctor doesn’t get blamed if anything happens to Kairav post the surgery. Naira wishes that the surgery goes on. She gets scared and tries to side away her tensions. Pallavi orders costly medicines to boost Kairav’s immunity. Kartik feels the pain and goes away. Dadi taunts Naira for always giving pain to Kartik.

She holds Naira responsible for all the pain. She doesn’t know how Kartik will manage this sorrow. She prays that Kartik’s life gets filled with happiness. She cries knowing about Kairav’s illness. Naira tells Dadi that she forgot about a mother’s pain. She tells that she is also much worried for Kairav. She goes to call Kartik. She thinks Kartik won’t be able to tolerate this fact that Kairav is critical. Naksh is angry that Naira made a mistake and didn’t trust even her family.

He asks Devyaani how could Kartik think of such a cheap thing about Naira. He feels Kartik has done much wrong with Naira. He wants to confront Kartik for his low thinking. Devyaani asks him to wait until Kairav’s surgery happens. On the other hand, Kairav talks to Pallavi before his surgery and makes her emotional. He asks her to ask his parents to stay together even if he dies, since Naira stays much sad all the time and really needs Kartik. Pallavi tells him that he will get fine and stay with his parents. Naira finds Kartik in the garden area. She goes to tell him that Pallavi is calling him. Kartik recalls what all happened in his life.

Vedika meets Kartik. She assures him that she understands his decisions and would always support her. Vedika learns that Naira is alive. Naira finds them together. She gets a huge shock on seeing Vedika with sindoor. She can’t believe this and thinks Kartik has married Vedika. Naira goes away from there. Kartik and Vedika realize that Naira have overheard their conversation. Elsewhere, Manish vents anger on Naira’s blunder to snatch Kairav from them. He tells Suwarna that he can never forgive Naira. He decides to snatch Kairav from Naira and not permit Naira to meet Kairav ever. Suwarna calms him down.

Kartik tells Vedika that Naira is alive, he didn’t know that she is alive. He introduces Vedika to Naira as his wife. Naira breaks down. He passes taunts on Naira. She asks him to come with her if he wants to, since Pallavi has called them to be present at the surgery. Kartik and Naira rush to witness the surgery. They get emotional and feel Kairav’s pain. They hug in the moment of agony and cry. Kartik tells Naira that if Kairav falls critical, then he will not spare him. The situation goes out of hand when Pallavi loses the costly medicines ordered for Kairav’s surgery. Pallavi tells them that she can’t arrange another injection so soon. This brings a moment of panic in Kartik and Naira’s minds.