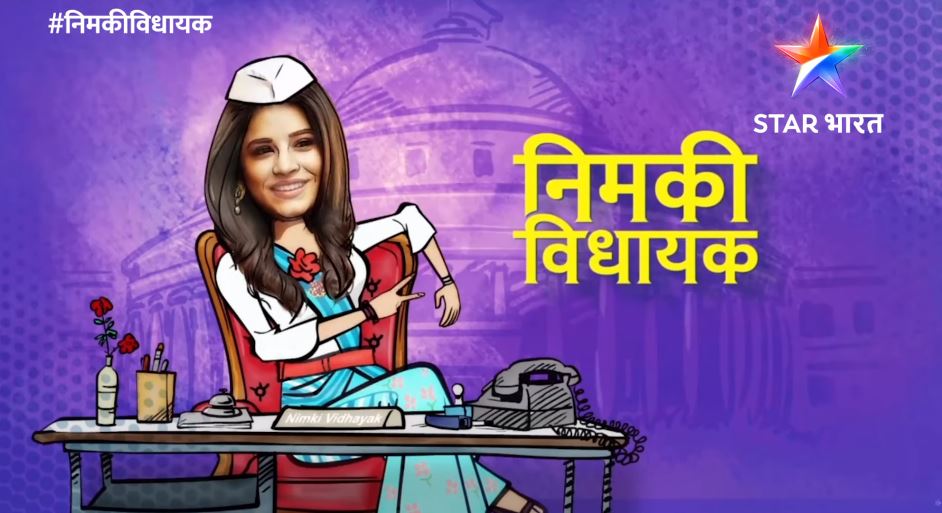 Star Bharat Nimki Vidhayak Muskaan Highlights Ronak gets saved by Hanumant’s sacrifice. Ronak sends Hanumant to the hospital to save his life. He gets Muskaan’s ring and promises that he won’t let anything happen to her. Sir ji tells Tara that she will be the owner of the brothel now. She tells him that she has done his work. He gets money from Maalik. He wants to compel Muskaan to talk to Maalik and admit that she is going by her will. When Muskaan doesn’t agree to Sir ji, he threatens her of killing the family. He puts everyone at risk. Muskaan finds the family members getting hanged. She saves them and agrees to Sir ji. She tells Maalik that she is coming by her wish. Maalik gets happy.

Muskaan makes the sacrifice to Gayatri and family, even when Gayatri asks her not to go. Muskaan gets helpless. She tells Gayatri that she will just love Ronak always. She is sure that Ronak will save her. Sir ji sells off Muskaan to her new buyer Maalik and wishes her all the best to enter a new hell. He faints Muskaan and dumps her in the car to send her away. Sir ji wants to kill his family as well. The family begs him to leave them. Ronak reaches there and asks for Muskaan. Gayatri cries for Muskaan. Sir ji tells Ronak that he has send her to the hell. Ronak stops Sir ji from killing Gayatri. He saves his family members. He bashes up Sir ji.

The father-son duo have a huge fight. Sir ji wants to explode the brothel to kill all of them. Ronak makes the family leave out of the brothel. He wants to know about Muskaan. Sir ji refuses to reveal anything. He asks Ronak to save his life if he wants to know about Muskaan. Ronak wants Sir ji to die, since he is the Raavan of Kalyug. Gayatri fears for Ronak’s life. Ronak meets his family and cries. Lovely regrets to curse Muskaan and Ronak. Muskaan gets conscious and finds herself in Maalik’s hell.

She tells how that a minister is homeless because of the internal politics. Dayashankar gets revengeful against Nimki. Abhimanyu feels Nimki is making a big mistake to invite troubles. Sweety asks Abhimanyu to protect Nimki, being his friend. Dayashankar gets pressurized from the ministry that he has to vacate the house. He feels the humiliation in front of the media. He vacates the house and plans to trouble Nimki.

Nimki is ready to take the challenge. Abhimanyu meets Nimki and warns her against putting her family in danger. He tells her that Dayashankar didn’t agree because of the media. He asks her to be alert, Dayashankar is more cruel than Tetar Singh. Nimki lightens the tensions and tells him that none can win the game when she is playing. Nimki meets Sweety and Elena at Abhimanyu’s house. They have dinner together. She congratulates Sweety for her pregnancy. Nimki is finding an aim in her life.