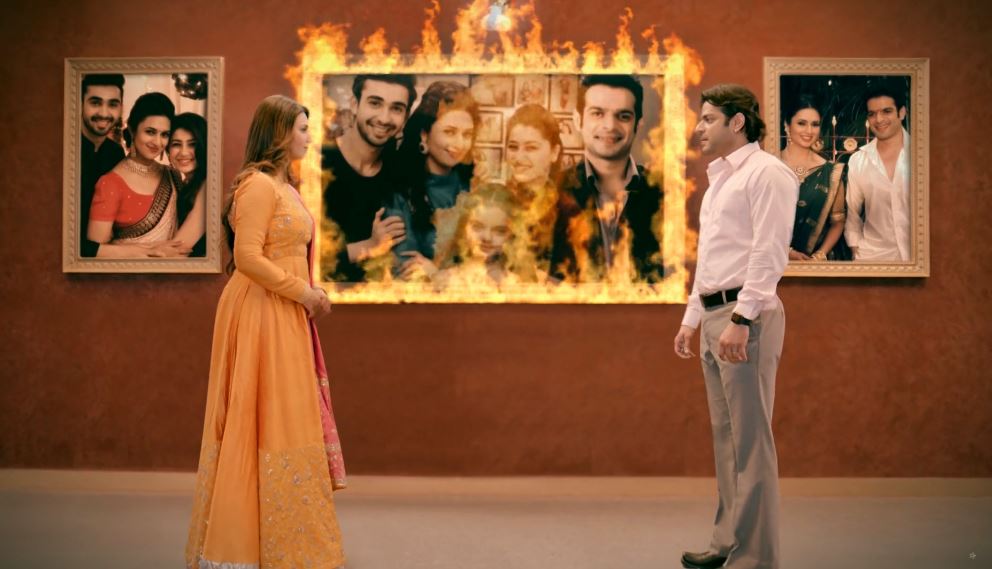 Yeh Hai Mohabbatein Terrible news for Bhallas Ruhi asks Karan not to doubt on Raman, he is the real one. Karan tells them that he had sent Yug as Adi to them. Yug tells them that Raman had a surgery and had valid reasons to get a new face. He asks Karan to support Raman. Aaliya also tells them that they should not add up troubles for Raman. Ruhi feels Karan’s doubt is baseless. She tells Karan that Ishita and Raman’s relation is strong, Ishita can judge him well and has strong instincts. She asks him to leave this matter on Ishita. Arijit and Bhuvan take a disguise to find Raman in the hospital. Bhuvan gets scared seeing Ishita. Arijit is sure that Ishita can’t identify them. Arijit spies on Ishita and Mihika. He gets to know about Raman.

Mani asks Ishita to attend Raman, until he finishes a meeting and comes. Ishita fears to handle Raman. Mani asks her to just support Raman when he sees his face in the mirror. She is afraid that Raman get may violent after losing his face. Arijit wants to kill Raman before he reveals something. He takes a disguise to reach Raman. He tries to kill Raman, but fails to do so. He can’t believe Raman’s new face. Arijit thinks of the huge change. He gets confused if he is really Raman. He feels Raman can’t change much, there has to be something hidden. He wants to confirm before killing Raman. He learns about face reconstruction surgery, since Raman’s face was damaged after the accident. Arijit thinks Raman and Ishita will find him some how.

He wants to end Raman’s chapter for once and all. Raman tells the doctor that he wants to go home and also complete his projects. He wants to resume his work. Raman loses his partial memory. Doctor examines Raman and tells them about Raman losing part of his memory after the accident. The terrible news gives another bolt to Ishita and family. Karan gets suspecting Raman more. Arijit gets relieved that Raman doesn’t remember anything. He is happy to be safe. Doctor tells Ishita that temporary amnesia can be cured with time. He asks the family to take care of Raman, its better that he doesn’t see his changed face soon. He wants to break the truth to Raman after complete recovery. Arijit tells Bhuvan that Raman is alive and got a new face.

He likes the good news that Raman forgot him. Ishita makes a plan to stop Raman from seeing his face. Bhuvan asks Arijit to kill Raman. Arijit wants to enjoy Bhallas’ pain. Ishita scolds Karan for risking Raman’s life by doubting on him. Arijit gets to see the family clashes. He gets confident to meet Raman.