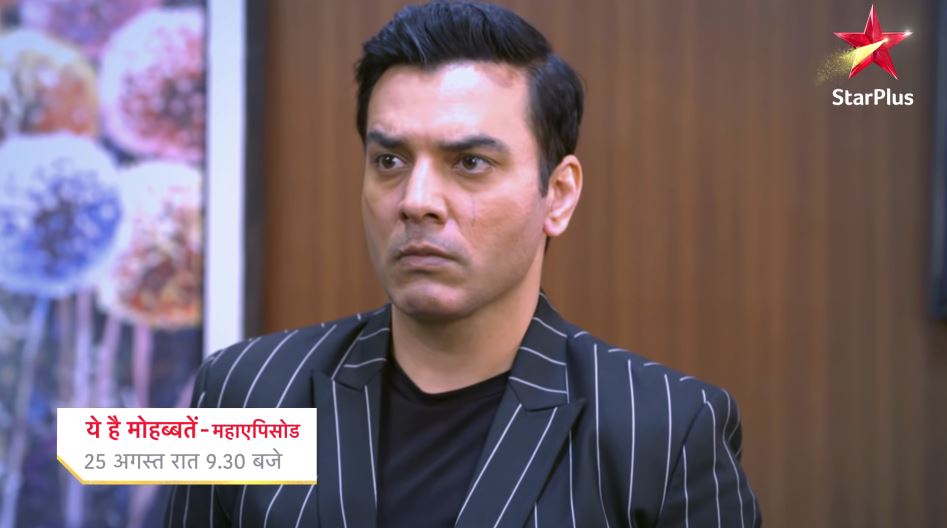 Yeh Hai Mohabbatein Real or Fake Raman Dilemma Ishita and Bhalla decide to handle Raman. They accept the change in Raman. They hope that he acts brave and accepts his change. They show belief in Raman. Karan calls the doctor for Raman. Arijit plans to provoke Karan against Raman, so that Karan ruins Bhallas’ happiness. He tells Karan that Raman maybe fraud, since Raman’s death news was confirmed. He tells Karan that anyone can claim to be Raman and snatch his property and business. He tells that it would be injustice with Bhallas if any fraudster claims Raman’s property. Raman gets angry on the family for hiding about his facial change. Ishita reveals about Arijit to him. Arijit tells Karan that he should be alert and not let any fraud take Raman’s place. He tags Raman as an imposter.

Karan recalls how Yug has taken Adi’s place. He doesn’t want any imposter to snatch Raman’s business empire. Arijit brainwashes Karan. Raman feels sorry for everything. He doesn’t know how to adapt such a big change. The family lends their support. Raman tells them that he doesn’t even remember few things. Mani and Ishita tell him how much they worked after him to help him survive. They ask Raman to at least value his new life and move on. Raman is thankful to them. He accepts the change and is ready to make a new start. Mani asks Raman to attend the office meetings. He wants Raman to be occupied with work. Ruhi finds Karan with Arijit. She asks Karan to be alert of Arijit’s intentions.

She tells him about Raman’s positive take on his new life. Karan tells them that they should celebrate Raman’s return. Yug asks Karan not to try anything to test Raman. Karan wants to test Raman since he wishes the best for Bhallas. He also wants to clear his doubts. Ishita gets help from Simmi and Mihika. She doesn’t want to behave weird with Raman. She feels her reactions may hurt Raman. The family helps her solve the issues. Mani tells Ishita about the investors calling an urgent meet. The office staff also finds hard to accept Raman with a new face. They don’t believe him to be Raman. This angers Ruhi. Ishita introduces Raman to the investors.

They wonder if this is some sort of joke. They refuse to accept anyone as Raman. Ishita explains about Raman’s facial surgery after the deadly accident. She asks them to accept Raman’s identity. The investors don’t want to take risk by going ahead with the deal. They deny to continue their collaboration. Arijit acts helpful to Bhallas again. Mani and Ishita warn the investors against backing out. Arijit wants Raman to regret for his survival. Raman bears the humiliation. Ishita promises to bring profits for investors. Raman loses his cool when things go awry.