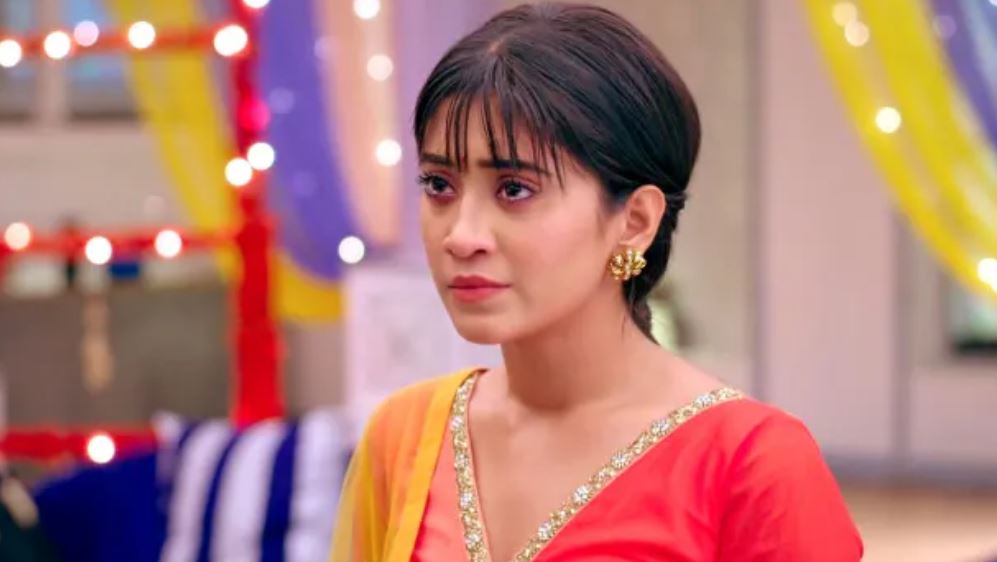 Yeh Rishta Naira overpowers Goenkas Vedika in shock Kairav hears Naksh calling his mum as Naira. He doesn’t know who is Naira and asks her out. Naira tells Kairav that Naira is also her name, her dear ones call her Naira. Kairav tells her that her name is Tina, as everyone referred to her as Tina in Goa. Dadi taunts that Naira transforms herself into Tina when she runs away, she changes her name and avatar when she changes her place. Kairav asks her if she means that Naira is the nickname. He tells that Naksh also has nickname Chiku. Naksh tells him that Naira will be same, name doesn’t matter at all. He asks Kairav to be with his mum. Doctor checks Kairav. He gets insisting that he wants to go home. Naira tells Kairav that they have to be strong in bad times. She teaches him good things.

This pleases Kartik for a while. Naira tells Kairav that he will get discharge in a week. Kartik and Naira together take care of Kairav. When the day arrives, Naira plans to take him home. She wants to celebrate Janmashtami with him. Kartik wants Kairav with him in Goenka house. He wants to take him as Kanha. He feels Kairav will bring happiness for everyone. He wants to become a good dad for him. Naira tells Naksh that she makes Kairav dress up like Kanha every year in Janmashtami. She wants to bring Kairav home in Kanha avatar.

Naksh and family get happy. They await Kairav. Naira goes to the hospital. Kartik makes Kairav dress as Kanha. Goenkas get happy seeing him. Kairav wants to go home. Kartik wants to wait for Naira. Dadi learns about the mahurat. She doesn’t want to delay. She tells Kartik that they should just go home now, Naira will know about them and come home. Bhabhimaa and Devyaani imagine Kairav coming as Kanha. They want to see him soon. Kartik decides to take Kairav without waiting for Naira further. Suwarna feels its wrong to take Kairav without Naira’s permission.

She wants to call Naira and ask her once. Dadi tells Suwarna that she doesn’t care for Naira’s existence, since Naira cheated them by her fake death. Naira finds Kairav missing. She learns that Goenkas have taken Kairav home. She gets angered that Kartik has taken Kairav without his permission. Kartik and Dadi plan a grand welcome for Kairav. They make him enter the house. They tell him that Naira will come soon. Naira reaches Goenka house and scolds Kartik for bringing her son without her permission. Naira cries and hugs Kairav. She fears to lose Kairav. Dadi and Vedika get upset on seeing Naira. Kairav asks Naira if she has made his Kanha dress.

Naira asks Kairav to go with Vansh and pray. She lectures Kartik and overpowers entire Goenka family who thought she doesn’t mean anything to them. This angers Dadi. Dadi and Kartik defend their move. They don’t think Naira has a right to question them. Naira tells Kartik that he was responsible for ruining their relation. She expects him to respect her as Kairav’s mum. She tells him that it was his doubt that broke them up and also snatched Kairav from Goenkas. She respects him since he is Kairav’s dad.

She asks him not to snatch Kairav from her. Naira tells Kartik that she doesn’t want to make them away from Kairav, but they also can’t make her away from Kairav. Naira tells Dadi that she is a mum now and she will not spare anyone who tries to snatch her son. Kairav brings Kartik and Naira closer. Dadi doesn’t want Naira to ruin the family’s happiness. Vedika feels losing her place because of Naira’s return.