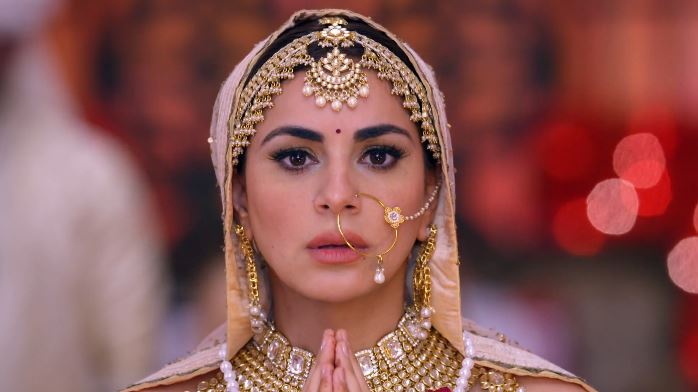 Kundali Bhagya Preeta Unexpected move Watch PROMO Rishabh wants Prithvi to be punished at any cost. He doesn’t spare Prithvi. The family wants to know Prithvi’s truth which Rishabh claims to be knowing. Preeta gets tensed seeing so many hurdles in her marriage. Rishabh asks Prithvi to tell the truth. Rakhi wants Preeta and Prithvi’s marriage to happen. She wants the ceremony to go on in peace. She tells Rishabh that this isn’t a way to treat Prithvi. Rishabh tells her that Prithvi has cheated everyone and took revenge on them by targeting his family. Rishabh reveals Prithvi has tried to kill Mahesh by planning his accident. Rakhi can’t believe this. Prithvi lies to the family. He pleads his innocent.

Raka thinks to run away before getting caught. Prithvi behaves like a saint in front of Preeta. Preeta shows her belief in Prithvi. Rishabh didn’t expect him to blindly believe Prithvi. She feels Rishabh has a misunderstanding. Prithvi’s mum tries hard to frame Sherlyn and clear his name. Preeta is happy to know that Mahesh is out of coma. Rishabh wants Prithvi to pay for his crimes. Sarla takes a stand for Prithvi. She asks Rishabh to leave and let Preeta’s marriage happen. Rishabh asks Sarla to accept the truth, since Mahesh has himself named Prithvi. Rishabh gets Prithvi arrested.

Preeta begs Rishabh to free Prithvi. Prithvi gets happy that Preeta is begging for him. He was mistaken that Preeta wanted to marry Karan. He realizes she is unaware of Karan’s groom swap plans. Rishabh doesn’t spare Prithvi. Prithvi asks Raka to keep an eye on Karan. Sarla asks Preeta not to worry, they will bail out Prithvi. Sarla assures Preeta that the marriage will happen. Sameer looks for Karan. He wonders where did Karan go. Prithvi denies the blames for long. Sameer finds Karan tied up. He rescues Karan.

He wants to tell him about Rishabh stopping the marriage and getting Prithvi arrested. Prithvi’s goons reach Sameer and Karan. Sameer seeks help from the goons, who attack them. Rishabh tells Sarla that he didn’t intend to trouble her. He asks her to be happy that she got saved from Prithvi. Sarla believes Prithvi is a good man. She asks Karan and Rishabh to stay out of her family matters. Karan finds Sameer in trouble. He stops Raka from stabbing Sameer. Karan and Sameer get saved from the goons.

Karan doesn’t want Preeta to see him at the marriage venue. He flees from there. Rakhi defends her sons. She tells Sarla that she wants Preeta to live happy. Prithvi is relieved that he has many people to support. Rakhi doesn’t want to forgive Prithvi if he is really the culprit. Rishabh demands Prithvi to prove his innocence if he can. Prithvi wants revenge on Luthra family. Karan and Preeta yearn for each other. They want to accept their love and unite. Will the fate unite Karan and Preeta? Keep reading.