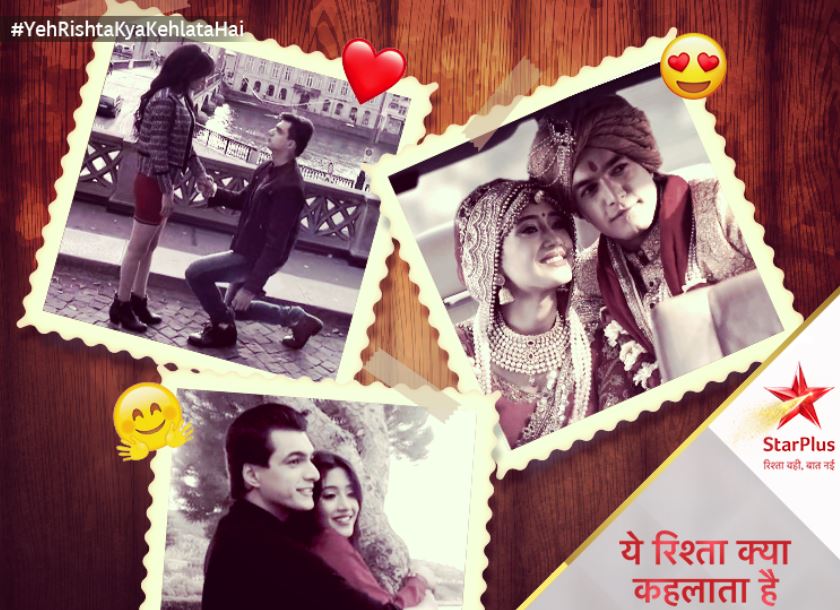 Yeh Rishta Twists of Fate for Kartik Naira awaited Naira is upset on hearing Dadi’s taunts. She asks Kairav to have food by Kartik’s hands. Kairav insists her to feed him by her magical hands. Kartik asks Naira to stay back and feed Kairav. Dadi is unhappy seeing their family bonding. Vansh is angry that his room is given to Kairav. He is insecure seeing the family loving Kairav so much. He feels Kairav has snatched his place in the family. Gayu asks him not to think so and be good towards Kairav. Samarth shouts on Vansh on hearing his insecurities. He tells him that Kairav is Kartik’s son and will stay in their house. He asks Vansh not to hurt anyone’s sentiments and be in his limits. Vansh gets upset. Gayu consoles her son.

Meanwhile, Naira breaks her decision to Kartik that she doesn’t want to stay in Goenka house and would take her son along immediately after the puja completes. She tells him that he can meet Kairav by visiting Singhanias. She tells that Kairav can’t live without her. Kartik tells her that like she always does her wishful, he will also follow his heart. He can’t fight Naira in front of Kairav. Kairav refuses to take medicines. He asks Kartik to dance. Kartik dances to divert him. Kairav takes the medicines. Kartik and Naira have a moment unknowingly, which pleases Kairav.

On the other hand, Vedika manages the puja preparations on her own, being Goenkas’ bahu. Kairav doesn’t like Vedika’s overindulgence in the puja arrangements. He tells her that its Naira’s right to do such tasks. He asks Naira to perform the puja. Naira tells him that everyone shares work in the family, so Vedika is helping her. Kairav apologizes to Vedika. Vedika asks Kairav to help her in decorations. Kairav likes to supervise the arrangements. Naira finds Vansh upset. Vansh tells Gayu that everyone loves Kairav and Vedika, none is giving him attention. He asks Naira to take Kairav with her and go away.

Naira explains him that she is Gayu’s sister, and Kairav is her brother. She apologizes to him and asks him to become Balram, who was Krishna’s elder brother. She pleases Vansh and asks him to rush to get ready. Vansh gets happy to become Balram. Gayu is happy with the way Naira has handled Vansh. She tells Naira that she missed her a lot. She is angry that things were spoiled because of Naira’s leaving the family. Kairav shouts to Naira, which makes her tensed. He shows her the decorated cradle. Kartik and Naira give the same suggestions. Kairav finds their heart to heart connection.

Elsewhere, Naksh explains the family that they should be happy and await Kairav. Bhabhimaa wishes Dadi for Janmashtami. Dadi shares her sorrow. She doesn’t want to do injustice with Vedika. Bhabhimaa supports her. Kartik tells Dadi that he has stopping thinking about his fate. He wants to see what fate brings for him. Dadi sympathizes with his situation. Naira gets aside while Goenkas celebrate Janmashtami together. The family sings and dances. Kairav knows Naira likes to dance. He asks Naira to dance with the family. He brings Kartik and Naira together. Naira dances with Kartik. They both have a dream sequence where they romantically dance and celebrate Janmashtami.