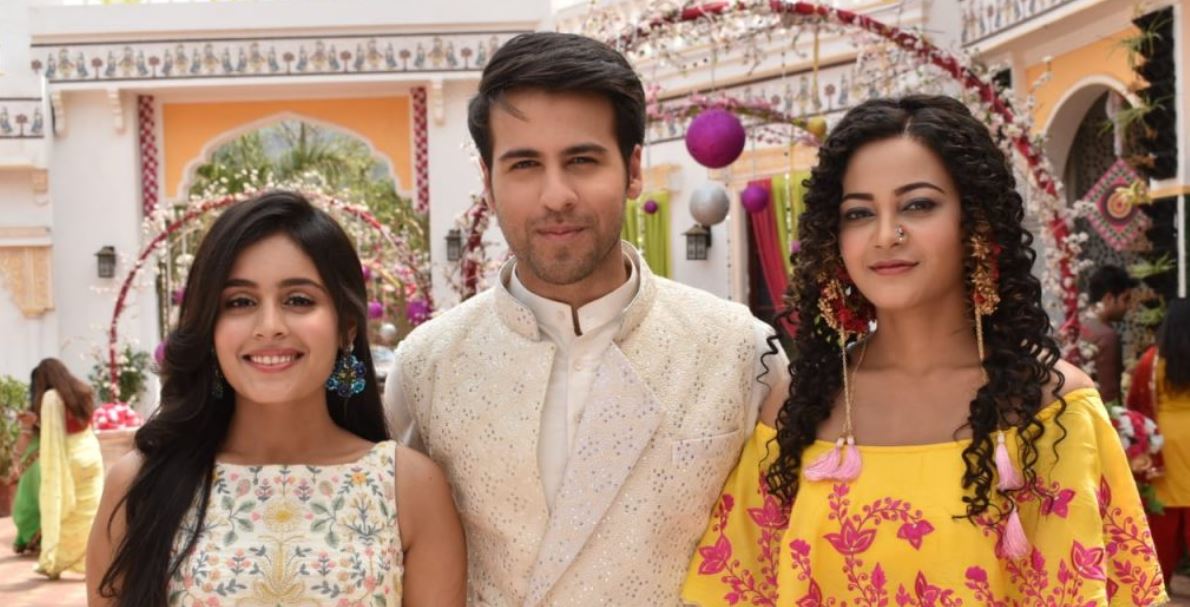 Rishtey Pyaar Accident twist amidst Janmashtami fun Parul helps Meenakshi in preparing sweets. Meenakshi refuses to take her help. She asks Parul to manage the work solely as she has handled the family. Parul asks her not to get upset with her. Meenakshi tells her that she also wishes for the family peace. She gets a threatening call. She doesn’t get scared of anything. Mishti sees the family happy and celebrating. Varsha and Jasmeet avoid Mishti. Jasmeet asks Varsha to think about Kuhu. Varsha and Jasmeet wait for Nannu. Mishti can’t believe that Nannu is coming. Rajshri is worried hearing this.

She hides some matter from Mishti. On the other hand, Abir finds Kuhu crying and asks the matter. She lies that she was watching the bidaai videos. She tells that she isn’t hiding anything, she is just missing her family. Abir understands her. Kuhu gets ready for the puja. Mishti writes a message for Nannu, and does a mistake to send it to Abir. Abir checks Mishti’s message. He thinks if she has sent the message to her best friend. Abir wants to know who is he. He calls Mishti and asks her who is Nannu. Mishti realizes she has sent the message to him.

She tells about Nannu, Jasmeet’s son. Abir doesn’t want anyone to fall for Mishti. Mishti asks him not to get jealous. She tells him that there will be many girls after him. Abir and Kunal get busy in the puja. Meenakshi prays that the bitterness between her sons end. Parul makes Kunal and Kuhu perform the puja. Kunal avoids Meenakshi. Abir doesn’t get upset with Meenakshi. Kuhu lies to Varsha that she has performed the puja with Kunal. Rajshri misses Kuhu at home. Jasmeet tells them about Mishti and Kuhu’s drama to be loving sisters. Vishwamber asks her not to talk of the past. He wants them to move on in life.

Varsha asks Mishti not to accompany them in the Janmashtami celebrations. Mishti has to meet Abir and confess love. Kuhu and Kunal have a moment. Kunal asks her not to play childish games. She remarks his dirty plans. She warns him against hurting her family. He gets threatened to listen to her. She tells him if he did this for his family, she will also do this for her family. She is compelling him. Maheshwaris meet Rajvansh family for celebrating Janmashtami. Mishti arrives there to meet Abir. Varsha and Kuhu get upset.

Abir wants to meet Mishti. Mishti fears of Meenakshi. Abir tells Mishti that everyone is happy because of her. He asks her to confess love to him in front of both the families. Mishti finds some problem between Kunal and Kuhu. She shares her doubt with Abir. They celebrate Janmashtami. Mishti confesses love to Abir. Mishti gets hurt by Kuhu’s evil plans. The family gets shocked witnessing the untimely accident. Abir rushes to Mishti’s rescue, without caring about the families witnessing his love for Mishti.