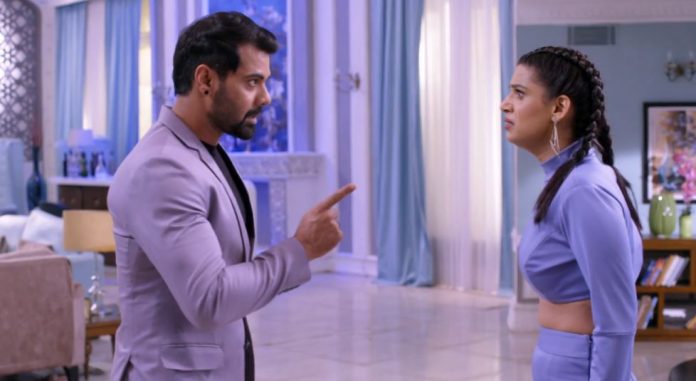 Kumkum Bhagya Abhi to define Pragya’s decision Abhi reprimands Rhea for speaking bad about Pragya. He asks Rhea not to judge her if she doesn’t know the truth. Rhea hates her mum who has abandoned her after birth. Abhi fails to explain the situation to her. He gets helpless and slips in Pragya’s memories. Rhea is remorseful that her mum didn’t care for her upbringing and future, and just left the family for her selfish motives. She doesn’t know Abhi and Pragya’s separation motive. Abhi misses Pragya and thinks of the happy times they spent when Kiara was alive. He misses Kiara. Abhi and Pragya’s super cute moments are seen in the flashback. They don’t want to be called bad parents ever.

They want to prove themselves as the best parents. They fail to do this. Rhea’s anger on Pragya makes this evident. He tells Meera that he has to make things better between Rhea and Pragya. He praises Pragya who was a gem at heart. He needs to make Rhea understand that Pragya was the best and loved her children a lot. He tells Meera about the big fight which led to his separation. He reminisces Pragya and the painful moment when they mutually decided to part ways. Abhi loves Pragya a lot. He cherishes the golden moments. He sheds tears that he failed to keep his relation. Rhea vents her anger on Prachi when they meet in the college.

Rhea insults Prachi and laughs on her. The sisters fight as usual. Prachi tries to calm Rhea’s instigation by non-reactions. Rhea challenges Prachi to win in the competition. They hide their quarrels in front of the principal. Rhea asks Prachi to get ready for her defeat. Meera sympathizes with Abhi. She feels bad that he is still living in the past. Meera wants Abhi to be happy. She likes him and respects that he loves Pragya so much. She wants to express her feelings to him once. She knows that Abhi will never accept her love. Rhea doesn’t want Ranbir to talk to Prachi. Ranbir likes Prachi and her advice. He learns that she likes him singing.

He befriends her. Rhea gets angry on him. He tells Prachi that he isn’t interested in her. Prachi skips his nonsense. He meets Rhea to know what is she feeling low. She tells Ranbir about her argument with Abhi because of her mum. She wants Ranbir to ditch Prachi, since he hates her too. Ranbir doesn’t like her at all. He finds hard to trick Prachi. Ranbir fears to fall in love with Prachi and warns Rhea against compelling him to do so.