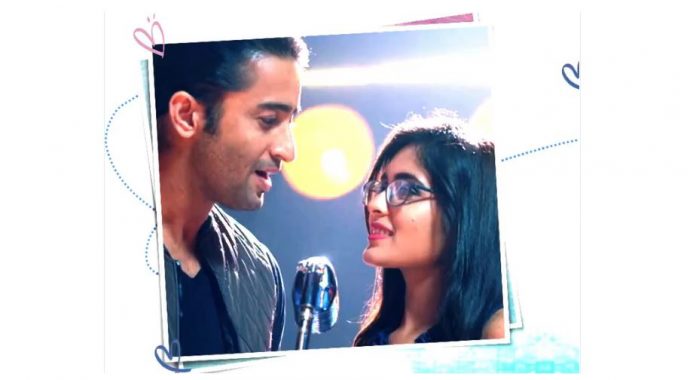 Rishtey Pyaar Abir Mishti Special romance track begins Kuhu is upset with Kunal’s take on their marriage. She feels guilty to hurt Mishti. She feels she should take care of Mishti well. Mishti and Kuhu share a genuine bond. Mishti asks Kuhu to go to her in-laws. She promises that she won’t upset her again by interfering in her matters. She doesn’t want to know about Kuhu and Kunal, if Kuhu isn’t comfortable to share anything. Kuhu doesn’t know if Kunal will come to pick her. Abir wants to know about Mishti’s state. Mishti attends his call, but loses the phone when the family demands her to take rest.

Mishti wants to speak to Abir once. She knows that he would be feeling guilty for her accident. She wants to relieve Abir of that guilt. Abir and Mishti get desperate to meet. Abir tries many ways to talk to her. He acts as Mishti’s female friend and seeks help from Nanu and Jugnu as well. His tricks don’t work. Mishti knows that Abir is attempting to talk to her. Abir gets more determined to meet Mishti and leaves for her home. Mishti hides from the family and goes to meet Abir. Kunal feels Kuhu and Mishti lied to him and trapped him badly.

He hates both of them. He didn’t expect Kuhu to lie to him. He has no idea that Kuhu has hurt Mishti and is looking after her to lessen guilt. He wants to confront Kuhu. Rajshri and Varsha want Mishti to rest. They think Mishti is sleeping, while Mishti reaches Rajvansh house. Kuhu gets surprised that Kunal had come to take her home. She then faces Kunal’s wrath. He calls her a big liar. She tells him that she had come for Mishti just to help her family. Kunal feels she has double standards. He doesn’t want to have any relation with Kuhu.

He expresses his hatred and wishes that he never met her. He scolds her for acting helpless and winning his trust. She tells him that she won’t take him home. She takes his car and leaves him alone. Kunal gets troubled by her reaction. Kuhu doesn’t want to take nonsense from Kunal. On the contrary, Mishti’s presence in Abir’s room scares Jugnu, who thinks some thief has come to rob them. Nanu wants Abir to have food and stay fine. Jugnu runs to Nanu to inform about the thief. Abir realizes that Mishti isn’t at home. He gets a call from home and learns about some thief. He realizes that its Mishti. He runs back home to meet her.

Abir tries to mislead the family. He manages to send them away. Abir and Mishti get into a cute moment. He doesn’t want Mishti to take risk and hurt herself. Mishti gets jealous that he went to meet someone. He doesn’t say that he went to her house. Mishti accepts that she had come to his house secretly before. Abir realizes that Mishti too had grown feelings for him long time back. He catches her lie and makes her accept her feelings. Abir and Mishti romance. Mishti finds Kuhu and Kunal’s relation’s truth. She shares her dilemma with Abir. She reveals about Kunal’s weird warning on the marriage day. Abir gets worried knowing Kunal’s intentions of breaking his marriage with Kuhu. Abir and Mishti decide to change Kunal’s mind.