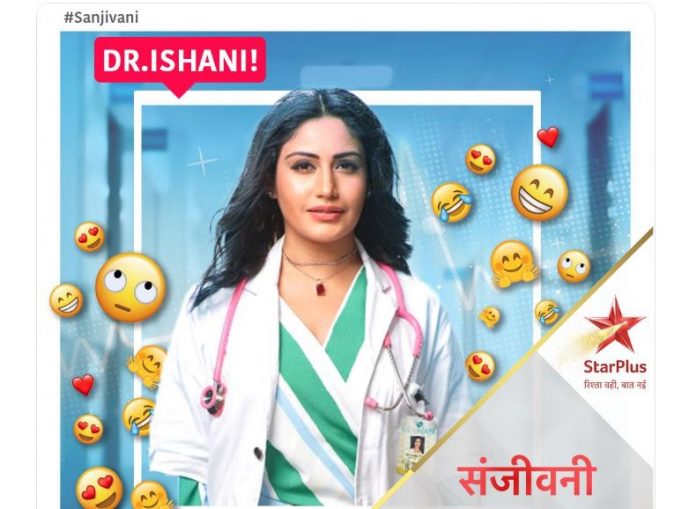 Sanjivani Ishani faces a devastating moment WHY Ishani and Sid bond while sharing their bad childhood sorrow and pain. They both have bitter memories of their childhood. They apologize to each other. Sid tells Ishani that he always missed his dad. Ishani asks him to forget the past and be strong. When he asks her about her childhood story, she gets hurt recalling it. Sid tells her that he will not freshen her wounds. They both realize that they both are bearing a burden on their heart. They rush to Riya. They diagnose that Riya is losing her sensations in lower portion of body. This gets troubling for Riya’s mum, who is adamant to not seek help from the fraud man.

Sid explains that just Riya’s dad can help them diagnose the disease and also cure it. He asks Riya’s mum to believe him, he will keep the details confidential and not let Riya know about it. Sid wins her trust. She reveals the person’s name. Sid gets surprised that the person is mentioned in the donor list for his contribution to Sanjivani. He feels the man is a big fraud and doing good deeds to cover her crimes. Sid tells Ishani that they should meet the person and talk about Riya.

Ishani thinks the man will agree to their request. Sid doesn’t think that man will comply with them for the necessary tests. He wants to try his ways to get the man’s blood sample. He asks Ishani to go ahead the ethical way if she wants. He knows she won’t get any result. Sid takes a disguise to support Ishani. She looks confident. She meets Riya’s dad and requests him to cooperate with them for saving Riya’s life.

When the man denies to help her, Sid intervenes. He bashes the man to capture him. He asks Ishani not to beg the man and just collect the samples. Ishani’s sincere way doesn’t work. Sid gets the blood sample and checks the man, who is suffering from the same disease. He reprimands the man for failing to be a good father and passing the disease to his child. He asks him to take responsibility of Riya’s recovery. The man doesn’t agree to him. Sid forcibly takes the samples and makes a quick leave, while Ishani apologizes to the man. Sid and Ishani get into an argument. She doesn’t like to break rules.

She tells them that he will have to pay for this, its not easy to get away always. Sid tells her that its his duty to save his patients and he can break any rules. Sid and Ishani reach the hospital and conduct the tests. Sid explains Riya that she shouldn’t wait for her dad and value her mum. He makes Riya value what she has with her. He tells her that he too did the same mistake and now realized it. Riya understands his point. Later on, Shashank accepts Vardaan’s luxury wing proposal. He keeps his conditions, to which Vardaan accepts easily.

Riya’s dad informs Vardaan about Sid’s big mistake and wants him to fire Sid from the job. He wants Sid to lose his job in Sanjivani. Vardaan gets angered on Sid for ruining Sanjivani’s name. Sid bears the punishment. He feels Ishani is responsible for this. He threatens Ishani. Ishani’s parents history gets known to the staff. Ishani loses her job and dreams because of Sid. She faces big humiliation when people call her murderers’ daughter. She didn’t wish anyone to know her background. She breaks down when she is thrown out of the hospital.