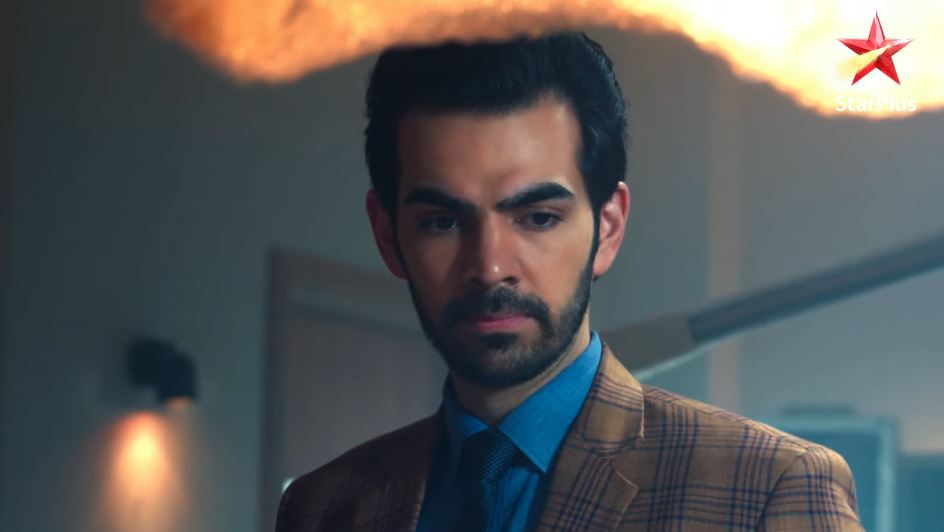 TellyReviews Star Twists 5th September 2019 Rohit learns that Sonakshi has been removed from her famous show because of the channel’s decision. He feels its not justified that the channel didn’t wait for the final decision about the police case and threw her out. He thinks of Sonakshi’s emotions. He wants to meet her and console her, knowing she would be broken down. Sonakshi’s character of Parvati gets pulled off by Netra’s team. Sonakshi shoots her last scene and gets too emotional. She didn’t think her hard work will sink like this one day. She gets remorseful to leave the show, which belonged to her. Rohit calls up Pulkit to know about Sonakshi. He learns that she isn’t at home or the sets.

Sonakshi had met everyone on the sets for the final time. She doesn’t have any hope that she will get the work back. The staff worries that the show will soon get shut since the show won’t work without the lead actors Sumit and Sonakshi. Netra gets nervous that the show may really lose TRPs. She finds a way and thinks to meet Sumit. Netra gets emotional and doesn’t answer Sonakshi. Sonakshi takes a selfie with her co-workers and leaves. She breaks down. Meanwhile, Netra tries to get Sumit back on the show to help it survive in the TRP race.

Sumit tells Netra that he will join the show again and she can easily revive Kunal’s character. He feels Sonakshi’s plan failed and now her career is ruined instead of him. He is happy that he got the show back that too on double payment. He wants Netra to value him and make a contract to secure his work for a year. Sumit keeps his conditions clearly and asks Netra not to ditch him again by following Sonakshi. Netra gets helpless to get a cheap person like Sumit back on the show. She bears his taunts just for the sake of the show. Sumit is happy that Sonakshi’s career is biting the dust. He wants to defame her more.

He wishes that she gets more tangled in the police case. Netra gets helpless. She can’t sympathize with Sonakshi. Sonakshi goes to a park to spend some alone time like before. Rohit knows that she would be there since they met at the park once. Sonakshi expresses her sorrow that she has lost her show and her work. She informs Suman that she is fine and would come home in some time. Suman is also worried that Sonakshi’s career is ending. She knows her daughter is innocent. Rohit finds Sonakshi and pacifies her. He doesn’t want to leave Sonakshi alone. When she gets angry, he reacts unevenly and shuts her up in the car dickey. Sonakshi gets suffocated and shouts to Rohit.

She asks Rohit to get her out. He compels her to agree for the dinner date. Sonakshi gets helpless on his weird ideas. She unwillingly agrees and then beats him up to vent out anger on his madness. She then shares her pain with Rohit and breaks down in front of him. He makes her calm down and promises to fix things. He wants to know the truth of Mhatre’s blackmailing move. He tells her that he will find Mhatre and prove her innocence. His assurance gives her hopes. Rohit comes across Mhatre’s servant, who recognizes Sonakshi at the event. He seeks help from the servant to bring the truth out. Rohit will be helping Sonakshi in an unexpected way.

Muskaan:
Maalik sings praises of Ronak, who had come in his life and helped him so much. He feels Ronak is a gem. He tells Muskaan that Ronak had saved her thrice. Muskaan didn’t know that Ronak had come to Vidhangarh before and saved her every time. Maalik tells Amma that Lakhan had helped them so much like family, so he will be staying with them. He makes Muskaan thank Lakhan. Muskaan gets happy that Ronak’s plan is working well. Maalik gets angry with his brothers. Muskaan thanks Maalik for breaking his promise. She taunts that she has won the wrestling match, but still, he didn’t free her. She tells him that even if he killed Ronak, she will always love Ronak.

She goes on insulting Maalik and his brothers. Ronak doesn’t want Muskaan to provoke Maalik. Inder wants to slap her. Ronak stops Inder and asks him not to do anything that signifies that he is a weak man. Maalik likes Ronak’s speech. Muskaan tells Maalik that she will always love Ronak and never accept any marriage proposal. Maalik and Amma want to break her courage. Muskaan gets an idea to meet Ronak. Maalik scolds his brothers for losing to Muskaan. Amma gets a feeling that Muskaan is Goddess avatar. She feels none can defeat her sons, which Muskaan did. Muskaan and Ronak trick Maalik again and make a way to meet. They express their love in an emotional moment. Maalik feels Lakhan is a nice person and should stay with them. He doesn’t doubt on Lakhan.

Ronak apologizes to Muskaan for not protecting her. She asks him about Sir ji and family. He reveals that he has killed Sir ji and finished his chapter for once and all. He tells that Gayatri is awaiting them at home. He promises to take her home soon. They spend some quality time away from Maalik’s sight. The village women learn about Muskaan defeating Inder. They pay respect to Muskaan and bless her. They feel she is really like a Goddess, who can bring a change in the village. They ask Muskaan to stay in Vidhangarh and never leave them. Muskaan gets emotional meeting the old women showing belief in her.