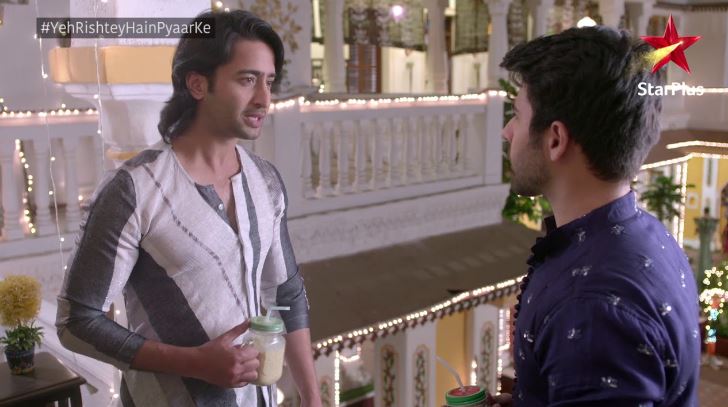 Rishtey Pyaar Abir Kunal to meet their father Abir tries to know Kunal’s issues. He wants to know what is troubling Kunal. Kunal gets happy after winning a race. Abir is happy to see his brother smiling. He wants to know why is Kunal facing troubles in his marriage. Kunal wants to tell him the truth that Meenakshi planned the fraud. He tells Abir that everything is always for Abir. He is upset that Mishti is still brainwashing Abir. Abir asks him why did he warn Mishti about Kuhu. He tells that Mishti was worried for Kuhu. He wants to know why isn’t Kunal happy with Kuhu, whom he loses so much. Kunal doesn’t want to answer him.

Mishti hugs Rajshri and thanks her for always being her support. Abir meets them and likes their genuine bonding. He wishes that he had such genuine bonding with his mum also. He misses the motherly love from Meenakshi. Abir wants to give much happiness to Mishti. Elsewhere, Kunal meets his lawyer to talk about the options possible to divorce Kuhu. Lawyer asks him to prove Kuhu mentally ill to get rid of her. He asks Kunal to behave well with her in front of the family so that they come on his side at the time of divorce. Kunal agrees to this plan. He wants to leave Kuhu. He is ready to come up with a love drama again.

Abir assures Mishti that he will find out Kunal’s problems. Abir and Mishti make a plan to send Kunal and Kuhu on their honeymoon. Abir wants Mishti to come with him too. Abir tries hard and convinces Kunal for the trip. Kuhu is happy that Kunal agreed so soon. She gets excited and packs her bags. Abir wants to bring them closer. Doctor suggests Mishti to get some tests done. Abir asks Mishti to pick the hint from the fate. He had made the doctor lie to Maheshwaris, so that he can take Mishti with him. Abir plans to meet Mishti and romance her. The two couples reach Mumbai. Abir wants Kunal and Kuhu to spend time together. Mishti tricks Jasmeet and goes to meet Abir. Abir and Mishti’s magical meet happens.

Meenakshi learns that her estranged husband is also in Mumbai. She is angry that he is threatening her. He wants to meet his sons. She doesn’t want him to meet Kunal and Abir. Meenakshi visits the same hospital to meet her husband. She feels Mishti is inauspicious for her. She blames Mishti once again for her life’s problems, due to the hatred she holds for Mishti. Meenakshi fears that her ex-husband may meet Abir and Kunal, and snatch them from her. She doesn’t want this happen. She feels she shouldn’t take a single chance and stop the mishap beforehand.