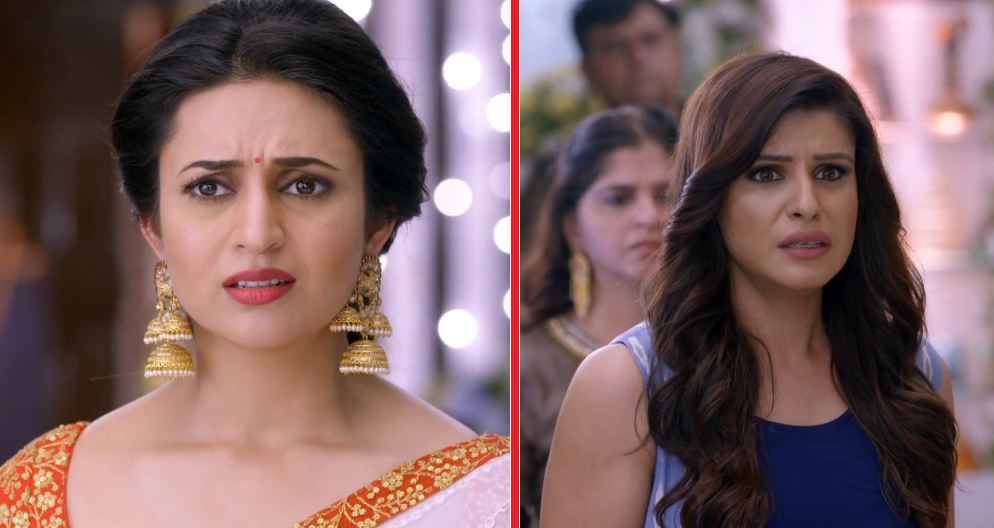 Yeh Hai Mohabbatein New Challenge for Bhallas Huge twists with Raman’s DNA result Mihika and Simmi make a plan to put Natasha in a dilemma and win her trust. Simmi expresses her hatred for Natasha, while Mihika shows sympathy. She offers help to Natasha. She tries to befriend her to know her secrets. Simmi gets upset seeing Natasha. She doesn’t want Natasha to bring problems for Raman. Mihika tells Simmi that she was just doing this as per her plan to truck Natasha. Ruhi and Aaliya find them angry and ask the matter. Mihika tells her plan to check Natasha’s belongings in her absence. She wants to keep an eye on Natasha.

She tells that they can even find Natasha’s medical records to know about her authentic side. Ishita too agrees with Simmi and Mihika. She feels they can know about Natasha and fail her plans in time. She finds the plan risky and alerts Mihika to be careful. Aaliya comes up with an idea to help Mihika. She tells them that she can easily trick Natasha. The ladies’ gang make plans to enter Iyer house on pretext of Aaliya’s project stuff. They try to occupy Natasha’s room as well. They cleverly hurt Natasha to distract her and send her for aid.

Natasha understands their plans well. She tells them that she isn’t a big fool, she doesn’t underestimate her enemies. She knows Bhallas will try anything to make her out. She just awaits Raman’s DNA test results. Simmi and Mihika check Natasha’s bags. They don’t get anything in her bags, not even her medical records. Natasha asks them to check further and keep trying. She tells them that she is true and Raman is really her husband, Shardul Sinha. Arijit wants the lab technician to forge the DNA test reports and give Shardul’s name in the results. He hopes that the lab technician does his work on time. He gets busy in attending Neeti.

He doesn’t get to know the results. Raman wants to kick out Natasha. He wants Ishita to get rid of Natasha as soon as possible. He tells her that he is feeling his identity threatened. Natasha barges inside the Bhalla house. She calls also the police. She reveals the shocking news that she had tricked Raman to get his DNA test done to confirm his identity of Shardul. She gets mad to prove him as Shardul. Ishita reprimands her for conducting the test without Raman’s consent. Natasha doesn’t care for their opinion. She asks the inspector to check the reports and announce the results.

Inspector tells them that the reports state that Raman is really Raman, not any Shardul. Natasha doesn’t know how did this happen. She tells the police that Ishita might have swapped the reports. Natasha doesn’t want to leave Raman. Ishita seeks police help to throw out Natasha, who swears to come back for her husband. The family is happy that they got rid of Natasha finally. They get peace after achieving their aim. They discuss Ruhi and Karan’s marriage. Sudha tells them that she is happy that Karan’s marriage will happen soon. She wants the arrangements to be grand as per their wish.

Ishita assures that Bhallas will do everything up to the mark and not miss anything. They find Raman worrying about Natasha’s warning. He tells them that Natasha could have changed the DNA test report. He tells them that he is tired of proving his identity. He wants the family to always believe him. Everyone supports him and tells him that no one can change their faith on him. Arijit helps Natasha once again. Natasha challenges Raman’s identity and stirs a new storm. She claims of getting solid evidence against Raman this time.