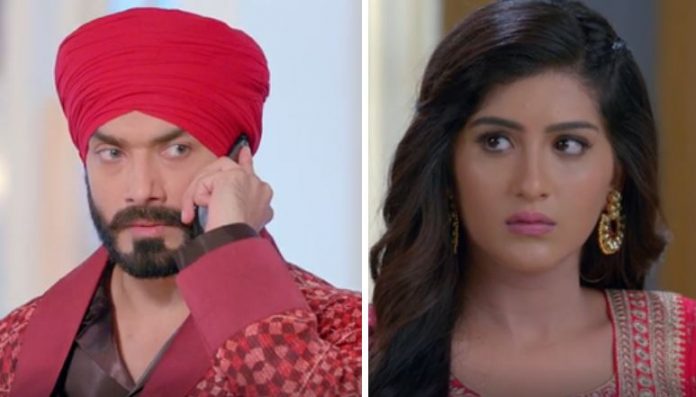 Choti Sarrdarni Spoilers Upcoming Twists Meher keeps her word to Sarabjeet and stays away from Param. She feels much upset that she is breaking a little boy’s heart. She obeys Sarabjeet’s command, since he is also right about Param’s long-term sorrow. She ignores Param and sheds tears. Param refuses to talk to her and cries, which makes him fall sick. Sarabjeet is in tension because of Param’s sickness. He has no option than to take Meher’s help. He asks Meher not to care for Param directly that he gets attached to her. Meher tries to arrange a doctor.

When the doctor fails to come to their house, he instructs Meher on the call. Meher bonds with Param. She doesn’t care for any warning by Sarabjeet. She wants to cure Param first. Sarabjeet finds Meher following the doctor’s instructions well. He is grateful to her. He also feels that Meher would give false hopes to Param once again, which he doesn’t want. He gets worried for his little son’s future. He takes Meher’s help in treating Param and thinks to change his decision about Meher.

He wants Meher to assure her love for Param for a lifetime, if she wants to stay back with them. Param tells that he just wants to stay with Meher. Meher experiences the emotions of a mother when she is with Param. She has motherly instincts and stays alert to care for him. She doesn’t want to prove anything to Sarabjeet. She pacifies Sarabjeet. Param gains consciousness in the morning and feels lucky to have both his parents at his side. He brings them closer. He asks Meher to always stay with him. What will be Meher’s decision? Keep reading.